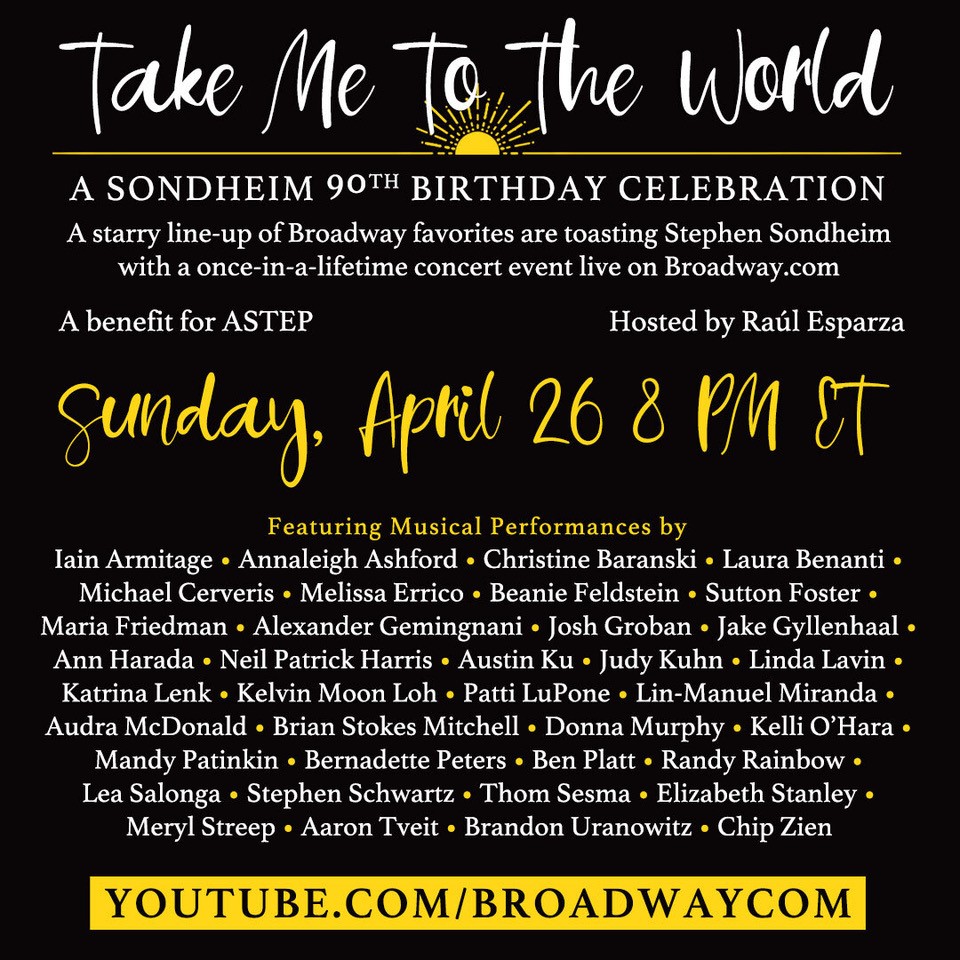 Take Me To The World: A Sondheim 90th Birthday Celebration

An all-star company will perform in a special virtual concert in celebration of Stephen Sondheim’s 90th Birthday, “Take Me To The World: A Sondheim 90th Birthday Celebration”, on Sunday, April 26 at 8:00 PM ET on the theater world’s premier online content provider, Broadway.com and the Broadway.com YouTube channel. The free online event, hosted by Raúl Esparza, is set to take place on the exact 50th anniversary of the opening night of Sondheim’s groundbreaking musical Company (the original production debuted on Broadway on April 26, 1970).

The evening’s host and producer Raúl Esparza starred as Bobby in the highly acclaimed, Tony Award-winning revival of Company in 2006, and in the Kennedy Center Sondheim Celebration productions of Sunday in the Park (George) and Merrily We Roll Along (Charlie) in 2002, as well as the City Center Encores! production of Anyone Can Whistle (Hapgood) and, most recently, in last year’s Road Show (Wilson).

This special online event will act as a fundraiser for ASTEP (Artists Striving to End Poverty), the organization conceived by Broadway Musical Director Mary-Mitchell Campbell and Juilliard students to transform the lives of youth using the most powerful tool they had: their art. Today, ASTEP connects performing and visual artists with youth from underserved communities in the U.S. and around the world to awaken their imaginations, foster critical thinking, and help them break the cycle of poverty.