Well, the Broadway play about the star-studded opening night of a Broadway play had its star-studded opening night. Such is the decidedly meta twist that life in the theater took on Thursday night at the opening of Terrence McNally‘s old-chestnut-of-a-backstager-made-fresh-again, It’s Only A Play. The street was draped in so much red carpet I was worried I slept through the season and was already back at the Tony Awards. The crowd – a mix of big names and big money – included the likes of Anna Wintour, David Geffen, Sarah Jessica Parker, Dame Angela Lansbury, Andy Cohen, Norman Lear, and Edie Windsor, just to name a few of the sparklers that caught my eye. I also ran into my partners-in-crime, colleagues and competitors Liz Smith and Cindy Adams. You know it’s a big night when Cindy, Liz, and yours truly are all on hand to capture it.

The play is a naughty-as-hell knee-slapper, with more “I can’t believe he said that” moments than you’d think one could cram into a night at the theater. It’s a hoot. I’m just relieved that the bit about me got cut in previews. (Despite several requests from my attorney, I never got a copy of the original script, but from what I understand, a character said about me: “Someone that senile and sex-crazed shouldn’t be allowed to own pets.”) Well, I don’t mind the ribbing, but my twin parakeets, Bogie and Bacall, would have been mortally offended!

Liz and I popped backstage after the play (Cindy was nowhere to be found by that point), where it was all smiles and champagne. I felt as if I were in a black-and-white movie (the tuxedos added to the effect). Micah Stock, who steals so many scenes from his super famous co-stars that I hear his new nickname around town is “Eve Harrington in pants,” was hugging backstage guests, while Stockard Channing was rushing to get out of costume and into their party clothes.

This production marks McNally’s 21st Broadway production. His writing is as sharp and vital as ever, and it must be so gratifying for him to be having this well-deserved “moment” at this stage of his career. It says so much about his contribution to the art form that even the folks he mercilessly skewers turned out for him on his opening night.

Earlier in the week, a no-less-enjoyable but quite a bit more high-minded work had its New York Premiere. Andrew Lippa‘s new masterpiece, I Am Harvey Milk, played a sold-out, one-night only engagement at Lincoln Center’s Avery Fisher Hall. The work is somewhat indescribable, though Stephen Holden summed it up pretty perfectly in his New York Times rave. It’s a completely original choral work based on the life of slain gay rights icon Harvey Milk. Lippa performed the role of Harvey. Kristin Chenoweth starred opposite him as “Female Soprano.” They were backed up by one of the largest (and hunkiest) choruses I’ve ever seen. The effect was chilling and moving. The crowd – who were perhaps feeling particularly enthusiastic due to the
SCOTUS news that broke earlier that day – ate it up from start to finish. I ran into a visibly moved Tovah Feldshuh afterward who said, dramatically, “This piece will be with us for a long time to come.” The crowd shed their last tears in the auditorium because by the time they showed up at the after party they were ready to cut loose! I saw Cleve Jones (who introduced the piece alongside Whoopi Goldberg), Kathy Najimy, Dan Jinks, Stephen Oremus and husband Justin Bohan, Tara Rubin (teasing me about an exciting upcoming project she wouldn’t reveal any real details about), Joe Machota and Olivier Sultan, Drew Hodges, Stephen Schwartz, Jill Fritzo, Bill Evans, Mark Sendroff, and Jeffrey Seller. Everyone was drinking and eating and laughing into the wee hours, except for the man of the hour. Lippa was so bombarded with well-wishers and congratulators that I didn’t see him take a moment to sip a drink or eat a bite. But he didn’t seem to mind — he was smiling from ear to ear.

Finally, instead of tidbits this week, I want to take a moment to remember one of the greats: Marian Seldes personified, for me, everything that was magical about the theater. She oozed theatricality from her pores. She could turn anything into a riveting performance. If ever I was seated near her at an opening night, I would catch myself watching her watch the play, rather than watching the play myself. Marian’s playing herself watching a play was generally far more compelling than anything going on onstage. She was not only a brilliant artist, but also warm-hearted, generous, and regal. What is most jarring about losing someone like Ms. Seldes is having to come to terms with the fact that even gods can be mortal. 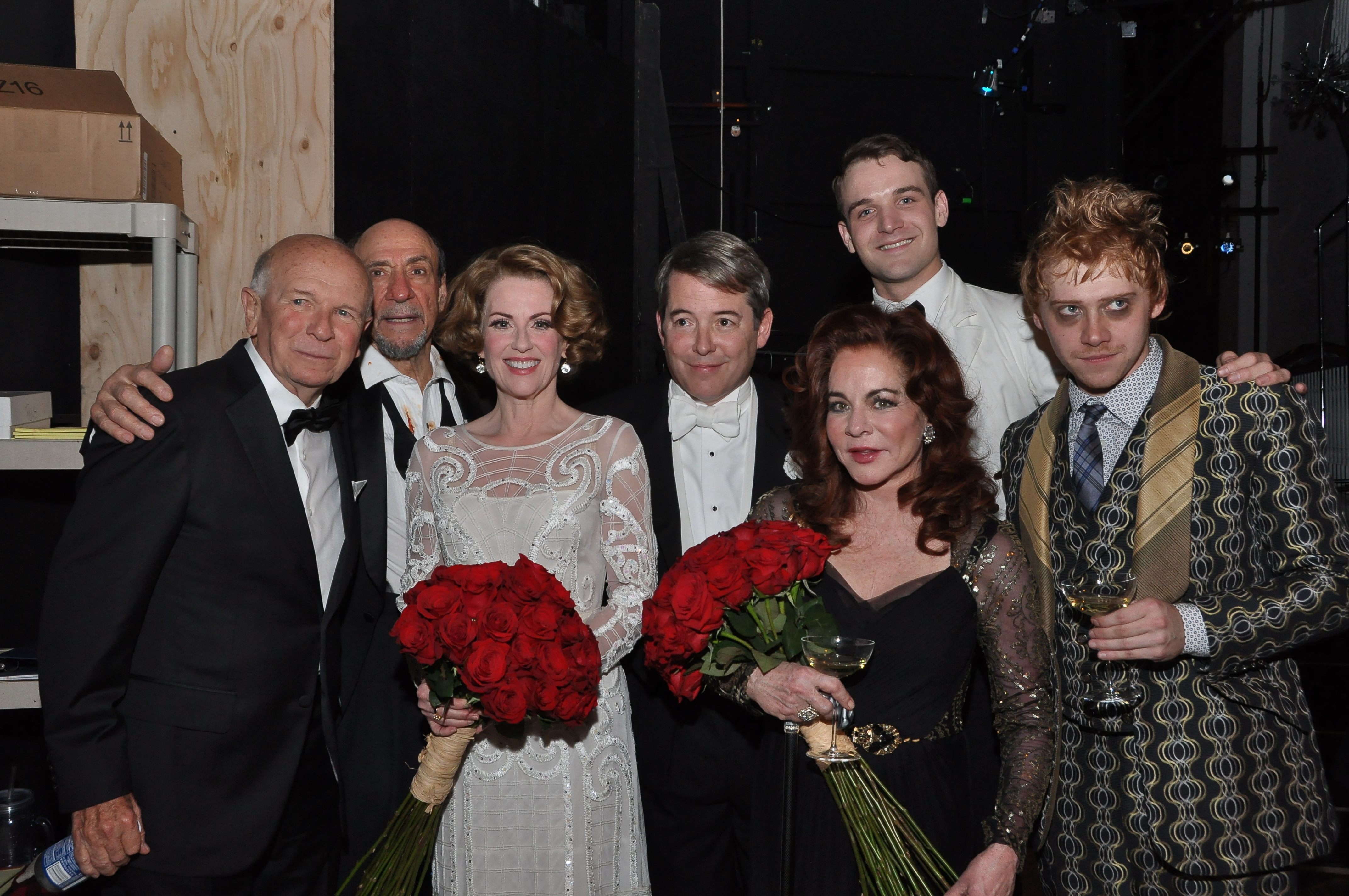