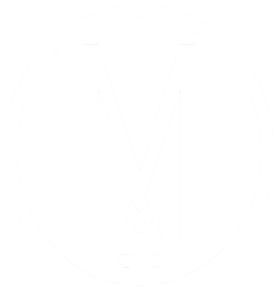 O&M ETC. is the creative division of Rick Miramontez’s Broadway public relations powerhouse DKC/O&M, that produces a varying assortment of activities, including plays, musicals, concerts, special performances and programming; and provides design services and creative consultation for clients across the theatrical spectrum. O&M ETC. collaborates with artists, creatives, and show business professionals to create compelling storytelling in a variety of mediums.

O&M ETC. regularly produces opening night red carpets and press rooms for its theatrical PR clients, including the recent openings of Betrayal, Sea Wall / A Life, Oklahoma!, West Side Story, and others.

O&M ETC. works with a handful of partner photographers to capture first-class, iconic, production images for clients; as well as in-house opening and event night coverage.

The Fabulous Invalid is a Broadway-centric podcast hosted by theater stalwart Jamie Du Mont, writer and critic Rob Russo, and Tony Award nominee Jennifer Simard. Now in its second season, on a weekly basis the group takes a 360-degree view of the business of Broadway through interviews with actors, writers, directors, designers, and everyone in between. Pull up a chair and join them as they gossip a bit, banter about the latest news, and get up-close with the most prominent players currently working in the theater. The podcast takes its name from the title of a 1938 backstage play by George S. Kaufman and Moss Hart that has since become a loving nickname for Broadway itself—always deemed on the verge of decline, yet always bouncing back: the fabulous invalid!

All episodes are available on iTunes and Spotify, and everywhere one downloads podcasts.

O&M ETC. produced a special photo shoot with Sarah Jessica Parker, Matthew Broderick, and director John Benjamin Hickey, to coincide with the announcement of the show.

Together as a team, brothers, songwriters, and collaborators Daniel and Patrick Lazour have written seven musicals and several hundred songs.

Ahead of the premiere of their new musical, We Live in Cairo at the American Repertory Theater in May 2019, the brothers took the stage at the legendary Cornelia Street Café to present “Lazour Light Show,” an evening of songs and stories, featuring excerpts from their shows, stand-alone pieces, and new works in development.

Solo Flights is an annual week-long developmental festival of one-person shows presented in the beginning stages of their lives. In addition to the performances, Solo Flights features signature events including talkbacks, creative discussions, and special receptions.

The inaugural Solo Flights Festival was held September 18 – 21, 2019 at Theatre Aspen’s Hurst Theatre. Shows for the 2019 Festival included Coach: An Evening with John Wooden by John Wilder, starring Beau Bridges and directed by Joe Calarco; Dr. Glas by Jeffrey Hatcher, starring Daniel Gerroll, and directed by Lisa Peterson; What We Leave Behind, a new one-woman musical by Jenny Giering and Sean Barry, starring Kate Baldwin, directed by Tracy Brigden, with musical direction by Lynne Shankel; and When It’s You by Courtney Baron, starring Joy Nash, and directed by Kent Nicholson.