Each year, O&M Co. comissions artist Noah Scalin to design original, limited edition prints as the official company holiday gifts.  Noah is best known as the creator of the award-winning (and now legendary) Skull-A-Day project.  He is also the Founder and Creative Director of Another Limited Rebellion, the cutting-edge graphic design firm based in Richmond, VA.  What makes ALR special, other than Noah's insane ability to translate big ideas into graphic form, is that he handpicks his clients and focuses on projects that are socially concious and culturally relevent.

For 2009, he created this silkscreen with O&M Co.'s company motto.  He made a series of only 100 prints, each one signed and numbered by the artist.

In 2010, he riffed on SPIDER-MAN Turn Off The Dark's anthem, Rise Above, with a sleek interprenation of the New York City skyline, in Spidey's signature red and blue (naturally).  Again, each print in the series was signed and numbered by the artist. 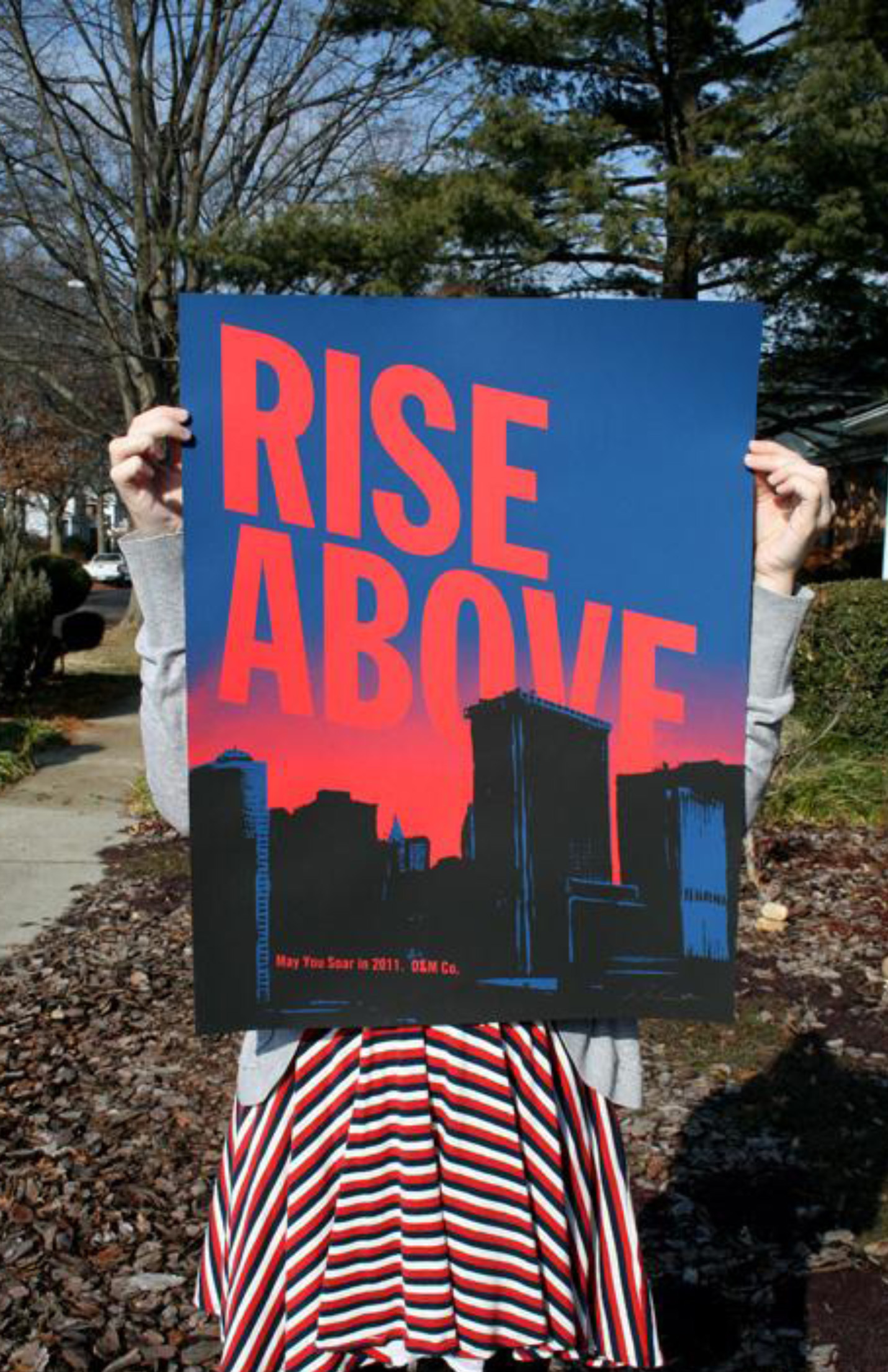 He is currently hard at work on this year's design, but in his free time he stays busy promoting his fun and fabulous new book,  Unstuck: 52 Ways to Get (and Keep) Your Creativity Flowing at Home, at Work & in Your Studio.  The attractive and whimsical tome has become the unofficial O&M Co. handbook. 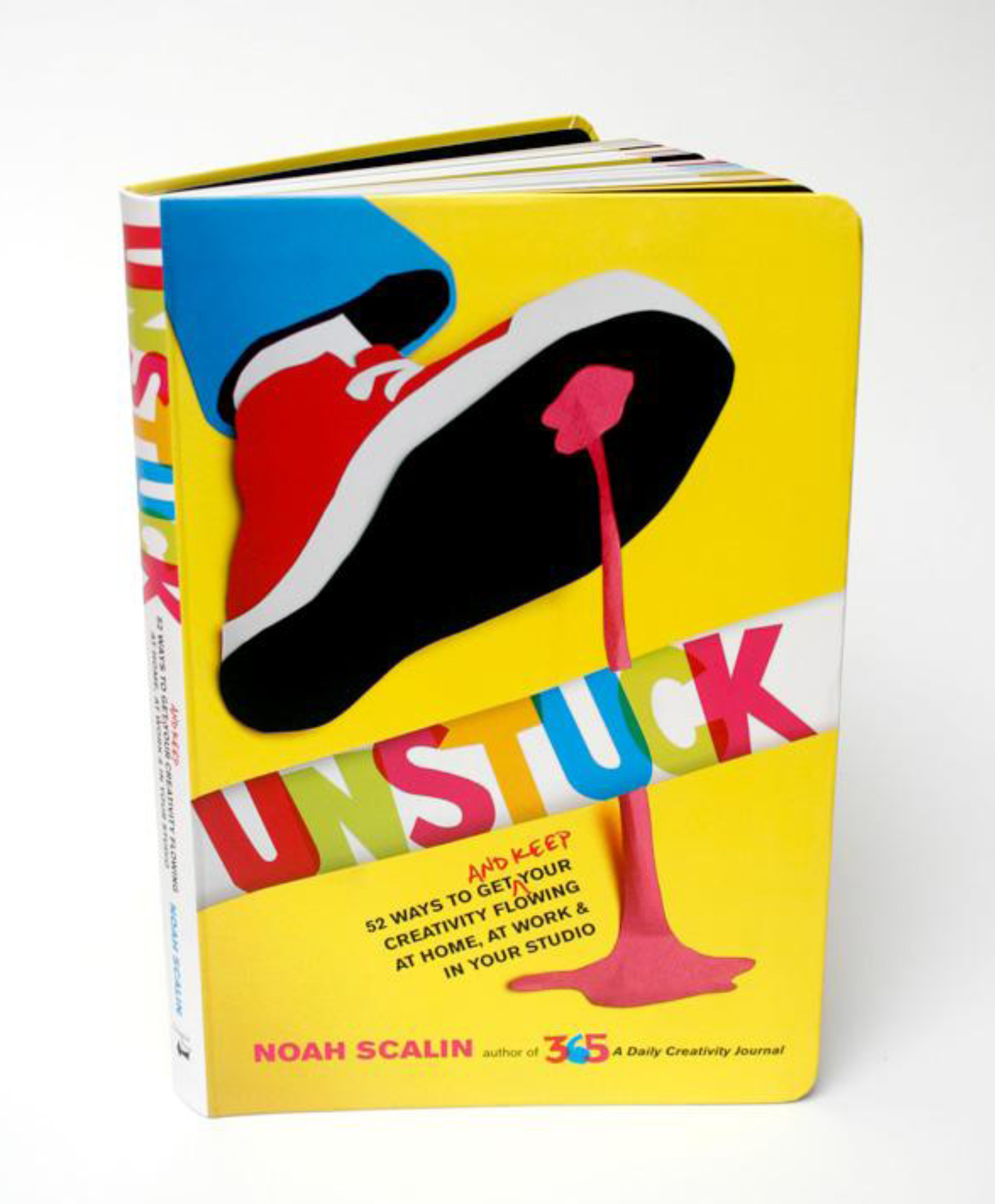 Happy Holidays, from everyone at O&M Co.