The red-faced, red-pilled, and red-hatted residents of red states are finally paying attention to high art. Bruce Norris’ Off-Broadway play, Downstate, to be exact. And, more specifically, Washington Post critic Peter Marks’ review of it, which explains, with great care and nuance, how the play humanizes its pedophile characters. (Marks also makes a point to condemn the crimes these characters have committed as “unspeakable.”) Cue the right-wing Twitter mob! The online harassment got so bad that Peter, normally a prolific tweeter, made his account private. Even Senator Ted Cruz got in on the action, accusing Marks of “praising pedophilia” – a charge so laughable, even by Cruzian standards, that it verges on parody.

I know that none of the sophisticates who count themselves among my readership take anything Ted Cruz says seriously, but I still feel inclined to spend this weeks’ column inches defending my old pal, Peter, whom I have known for decades.

He is a decent man, a family man, and one hell of a critic. These are facts I came to learn about Peter only after I decided he was the meanest son-of-a-bitch ever to pick up a pen.

It was 1998, and he was the second stringer at the New York Times. My late cousin, Dana Lorge, had just nabbed the titular role in a new Off Broadway play called Aunt Chooch’s Birthday. It was the kind of interactive experience that took the 90’s by storm, written and directed by the master of that genre, Larry Pellegrini (creator of the megahit Tony & Tina’s Wedding).

My mother’s side of the family had gone into debt putting Dana through theater training, and it was all finally going to pay off. Chooch was all but guaranteed to be a hit. It all hinged on one thing: Peter Marks’ review for the New York Times.

“The menu for ‘Aunt Chooch’s Birthday,’ the new interactive show about an Italian-American family from Staten Island that gives the world’s most unsurprising surprise party, is all wrong,” the review began ominously. “The Fontanas serve members of the audience heaping portions of penne, when they should be handing out Excedrin.”

He went on to say, “By the end of an evening with the Fontanas, you’re in anything but a mood to celebrate. A nice, long lie-down in a dark room, preferably soundproof, would be more like it.”

As the final nail in the coffin, he summed up the concept with this zinger: “This isn’t audience participation. It’s kidnapping.”

There was no coming back from that review, but the producers weren’t going to give up without a fight. They hired comedy legend Taylor Negron to punch up the script. Despite Negron making some meaningful contributions (including a memorable bit in which a rabbi’s yarmulka is accidentally torn from his scalp, causing him to yell out in shock, “My pins! My pins!”) it was a lost cause. Even papering the house because difficult after TDF asked the production to kindly stop sending them comps. The play shuttered soon thereafter— a career setback for Dana from which she would never fully recover.

The name Peter Marks was mud at every family gathering for years.

Then I got to know him. I wanted to loath the man, but it was impossible. He’s a gent of the highest order with a likability rating so high he could be a TV weatherman. Like all great critics, he calls balls and strikes. You’re free to agree or disagree, but it ain’t personal.

Ted Cruz, on the other hand, is a horse’s ass.

Overheard: Sarah Polley discussing her lifelong passion for activism at a recent ACLU screening of her new film, Women Talking.

Caught: Busy Philips reading a Daily Mail article about herself at Hudson News in Penn Station.As always, a toast of something sparkling to you and yours! Kisses, 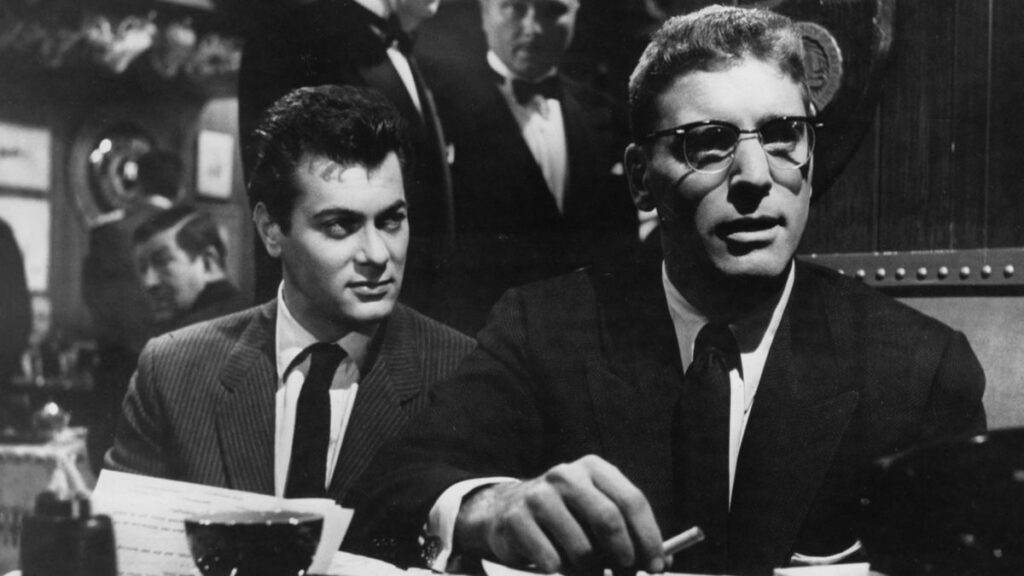