“THIS IS MY KOREA”

I’m just back from a brief jaunt to Salt Lake City — for what, I cannot say. Legally binding embargoes galore! Let’s just say: what it was for, I adore, and though the wait I can hardly bare, soon enough I’ll be able to share.Salt Lake City is a hoot! Normally show biz types are used to driving through on the way to Park City, but it’s worth building in an extra day or two to your Sundance itinerary to explore Utah’s capital city. Sure, “Latter Day Devil” Mike Lee still reigns supreme, and even the room service menus lack diversity, it’s a wonderfully unique little city with gorgeous mountain views in just about every direction. I grabbed coffee with Karen Azenberg, Broadway royalty and visionary Artistic Director of the Pioneer Theatre Company. I’ve known Karen since she was barely an adult, and she is as charming and humble and down-to-earth as anyone you’ll likely meet on either side of the footlights. The mountain air has been kind to her, and she is doing some very exciting things at PTC. Looking over her upcoming season, and hearing about her future plans, I plan on making Salt Lake a regular destination. Back in New York, I snuck into Circle in the Square for a preview of KPOP — to see what all the fuss is about. My great niece, Fantana, has been caught up in the K-Pop scene for years now, and the obsession has really taken a toll on her studies. Creative writing, it turns out, is pretty dull compared to TikTok videos of other kids lip-synching. Well, I’m always looking for new ways to procrastinate my own writing, so I’ve been looking forward to Broadway’s first foray into the world’s fastest growing music genre ever since it was first announced. Well, I’m pleased to report I’m officially a “stan” — and I’m not talking about Kubrick, Tucci, or my accountant. I mean a mega-fan!

I’ve never seen anything quite like this on Broadway— part full-scale concert, part behind-the-scenes soap opera, it’s the most fun you can have in Times Square, hands down. The cast is talented to the max, especially Luna and Kevin Woo, real life K-POP stars. Every time the aptly named Woo was onstage, my pulse quickened. My old pal, Jose Quintero (one of Circle’s original inhabitants) would have loved the thing, directed by Teddy Bergman with stopwatch-level precision. Amongst the audience members moved to dance their little tushies off in the aisle was none other than “Mr. Circle in the Square,” Paul Libin. Now that has to be a Broadway first! Tidbits from around town…Spotted: Mary Steenburgen purchasing a Keurig machine at Bed, Bath and Beyond.Overheard: Kerry Washington chatting about Kari Lake’s chances with someone who seemed to know stuff.Caught: Jenny Slate’s brilliant stand-up set at Town Hall, and will never look at “Beauty and the Beast” the same way again! Ted Sarandos, if you’re listening, time to break out the check book!

And finally, hearty congratulations to everyone at Disney Theatrical and to the Big Cat on Broadway – The Lion King, celebrating 25 amazing years on stage, with no end in sight. 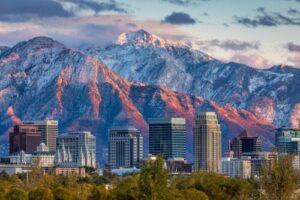