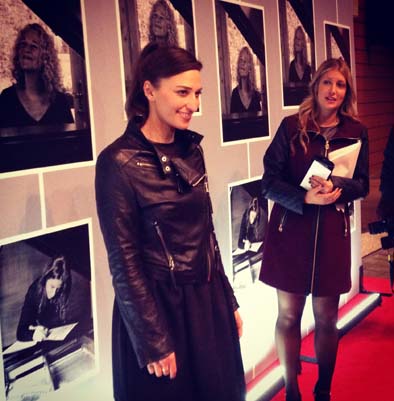 There was much wonderment at the opening of Beautiful – The Carole King Musical on Sunday night. In this Photo of the Week, our very own – and very excited – Chelsea Nachman looks upon the incredible Sara Bareilles as she walks down the red carpet at the Stephen Sondheim Theater. Moreover, Bareilles – who stands behind iconic photographs of King at her piano – beams with an admiration only appropriate for the greatest singer-songwriter in history. Bareilles and King will appear together on stage at the Grammy Awards next Sunday night – a performance that is sure to be legendary. And after that, when you’re desperate for more, come down to Beautiful on Broadway! It’s too amazing to pass up.