Well, we’re only three sleepless nights away from the big day, so it’s time for my annual, highly anticipated, Tony predictions column.

I’m peering into my crystal ball (wine goblet) and here is what I’m seeing:

Gender bending on the red carpet:

With trendsetters Jordan Roth and Billy Porter shredding gender barriers from the Rialto to Rodeo with their eye-popping and mind-bending fashion choices, count on mere mortals to follow suit (or gown). The red carpet will be as non-binary as the Democratic presidential field!  It’s a more inclusive, less wicked world today than the last time Harvey Fierstein’s drag-tinged Torch Song (Trilogy) was a Tony contender, and that’s something to celebrate!

Dancing in the aisles:

Sergio Trujillo’s dance steps for Ain’t Too Proud are as complicated as they look (and I have the torn groin muscle to prove it), but that isn’t going to stop those with aisle seats at Radio City from boogieing when the Classic Five take the stage. I’m told that the control room has ordered steadicam operators to be prepared to capture the action in the house. Can Bob Wankel still do the splits? Tune in to find out!

On a night when Elaine May, one of the wittiest public speakers who ever lived (Exhibit A; Exhibit B), may well give a speech, everyone is working overtime to punch up their own material.  I’m told that Bruce Vilanch has been forced to change his home phone number!  Expect sharper laugh lines and crisper delivery than ever before.

The most pervasive trend to overtake show biz types since the ice bucket challenge is doing a Patrick Page impression. James Franco was honing his best Page backstage at Hadestown after a recent performance, and Page Six reported that fashion designer Rachel Antonoff’s impression has so gotten on brother Jack’s nerves that it’s causing a rift between the closerthanthis sibs. The bourbon-soaked baritone of the Tony nominated Hadestown star is officially “on trend,” and I’m predicting we’ll hear plenty of wannabees from the red carpet to the after parties.

Lots and lots of nervous energy:

With very few “locks,” and wide open races for a handful of the night’s prizes, expect a room full of nerves. It will be up to the Tony Awards brass, the American Theatre Wing’s David Henry Hwang and Heather Hitchens and the Broadway League’s Thomas Schumacher and Charlotte St. Martin, to set the tone for the evening and keep the room as loose as possible during their PreTel remarks.

I’m not talking about host James Corden’s day job. I’m talking about the after parties, of course. After years of penny-pinching, it seems producers have finally gotten the memo that Tony Night is meant to go until the sun comes up. This is, after all, The City That Never Sleeps on its most decadent night of the year!  Expect many of the official production bashes to extend into the wee hours this year.

Overheard Tiffany Amber Thiessen asking if the roast beef is “real Boar’s Head” at a deli counter in Murray Hill.

Caught Mary Louise Wilson at the Union Square Greenmarket in a Grey Gardens t-shirt.  Turns out she didn’t sell her swag on eBay after all!

Spotted the cast of the In the Heights movie doing a giant production number way uptown. 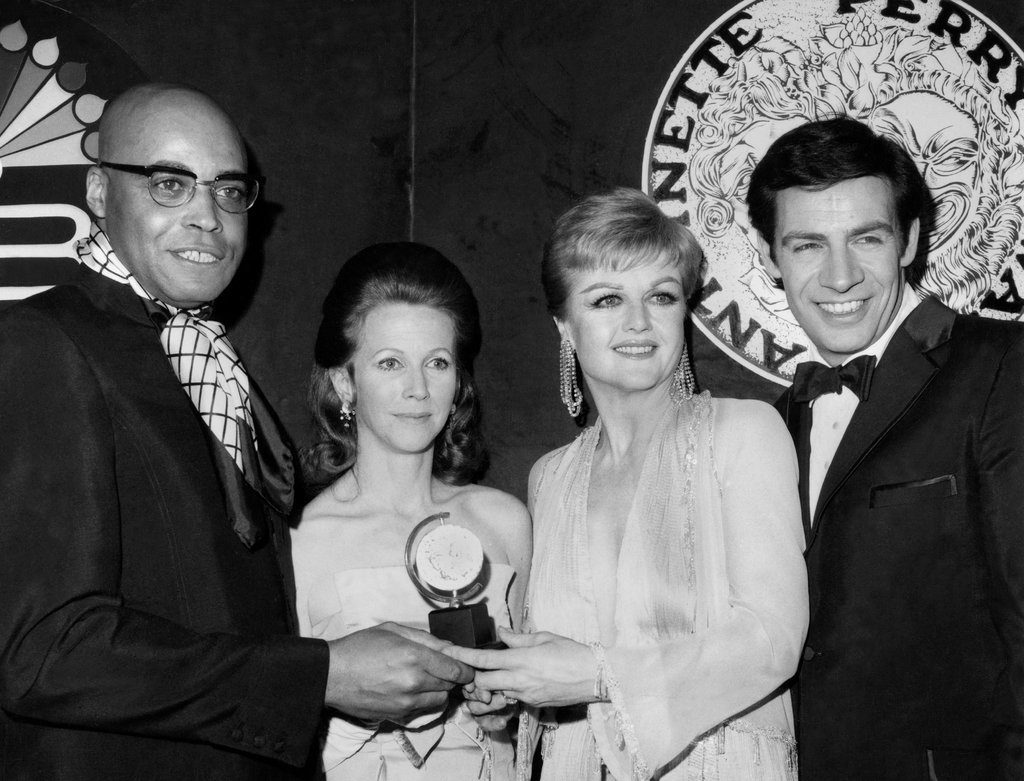