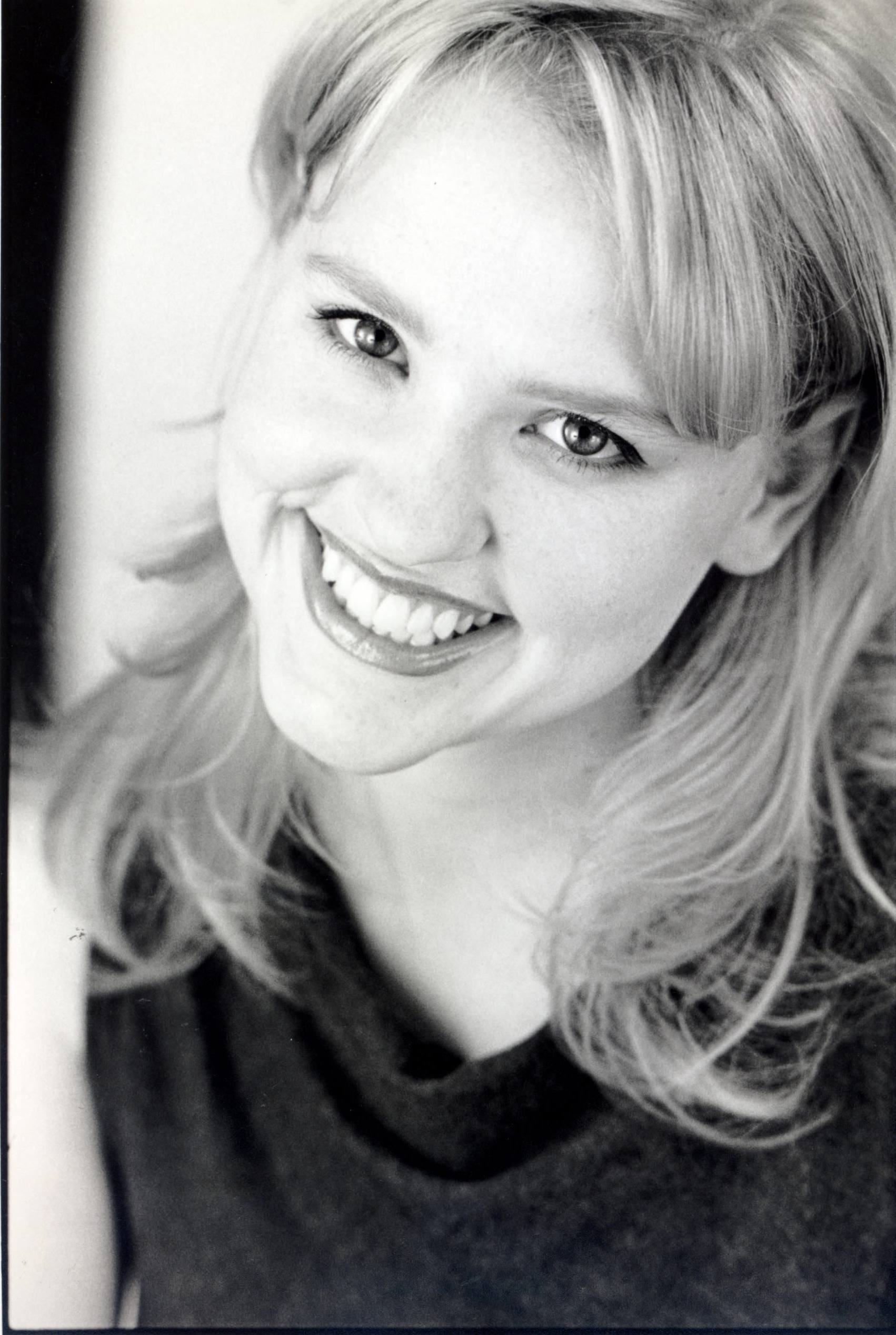 You best know her as the witty, fierce and uber-talented Cynthia Weil in Beautiful – The Carole King Musical, but this legendary, Tony Award-nominated performance only skims the surface of Anika Larsen’s rich pedigree. A graduate of Yale University, Anika made her Broadway debut in 2000 with the hit musical Rent. Two years later, she was nominated for a Lucille Lortel Award for originating the role of Roberta in the Off-Broadway cult classic, Zanna, Don’t! In addition to all of this, Anika founded the Jaradoa Theatre Company and wrote the original, autobiographical musical, Shafrika, which was staged at the Vineyard Theatre. As Cynthia Weil in Beautiful, she is currently performing to sold out crowds at the Stephen Sondheim Theater. It doesn’t look like Anika will be stopping anytime soon, so we’re happy she’s taken a couple minutes On The Couch.

What do you consider to be your best asset?
My humility.  I’m like the humblest.  I totally nail humility unlike anyone ever has.  Killin’ it, humble-style, on the daily.  People should study how humbly I do things.

Watching the lights go on in kids' eyes when the theater company I co-founded did literacy work in public schools.  I’m actually serious about that.

I do like wine.  Can’t tell the difference between kinds of wine, really:  cheap or expensive, dry or… not dry.  I just like wine.

Mangoes in any form.  Fresh, dried, juiced–I’d smoke them if I could.

What is your favorite condiment?
Maple syrup.  I’m a New England girl.  Only the real stuff.  I put it in my tea.

What is your current obsession?
Renovating my house.  You can really fall down a rabbit hole looking at faucets on the internet.

If you could give up one of your vices, what would it be?
I eat too much sugar.  If it were socially acceptable to drink maple syrup like soup, I just might. I’ve cut myself off from taking bite-size candy from the stage management office at my theater because I was eating like 7 a show.

What is the one professional accomplishment you long for most?
I have never done a Sondheim show, and I would very much like to play almost any of his women.

What is the one thing you waste too much money on?
I really don’t waste money.  This business is feast or famine, and I’ve seen too much famine to be comfortable feasting.  But pondering this question has made me think that maybe I should loosen up a little.

What is the one activity you waste too much time doing?
I really love my TV.  More specifically, my DVR.  I like to think I’m watching quality programming that isn't a waste of my time, shows like “Mad Men,” but not everything on my DVR is so worthy.

What do you consider to be the single greatest threat to your health?
The mic pack I have to wear in my wig in Beautiful.  I just don’t think doing that 8 times a week for 2 1/2 hours can end well.

What is the single best trait you inherited or learned from your parents?
My mother’s OCD.

What is the single worst trait you inherited or learned from your parents?
My mother’s OCD.

What current trend in popular culture most irritates you?
The letters LOL.

What was the single most embarrassing moment you've ever experienced on the job?
I was in the ensemble of Xanadu, which involved a lot of dancing.  Which is not the thing I do best.  And there were only 4 of us in the ensemble so I couldn’t really hide in the back.  Throughout rehearsals, I was feeling inadequate and getting more and more frustrated with not being able to pick up the steps as quickly as the others.  One day our associate choreographer must have sensed I was hanging on by a thread, because she came up to me, put her hand on my shoulder, and said, “You look like you could use some help.”  I burst into tears.  And I could not pull it back together. Eventually they had to send everyone to lunch early because a quarter of the ensemble was in the bathroom sobbing.

What is your favorite place in the world?
My brand new bathroom.  It’s like a spa.  I don’t ever want to leave.  I’m there right now.  There’s a chandelier in here.  Classy.

What is the most important trait you seek in a romantic partner?
Kindness.

What would have to happen to make today the best day of your life?
Geez.  Umm…  Freddie would serve me maple-syrup-marinated mangoes and a glass of any kind of wine in my bathroom, kiss me, tell me I got cast as Dot in Sunday in the Park with George, and then push a button to reveal a hidden TV playing “Mad Men.”

What is your personal motto?
Never use your teeth as a tool.