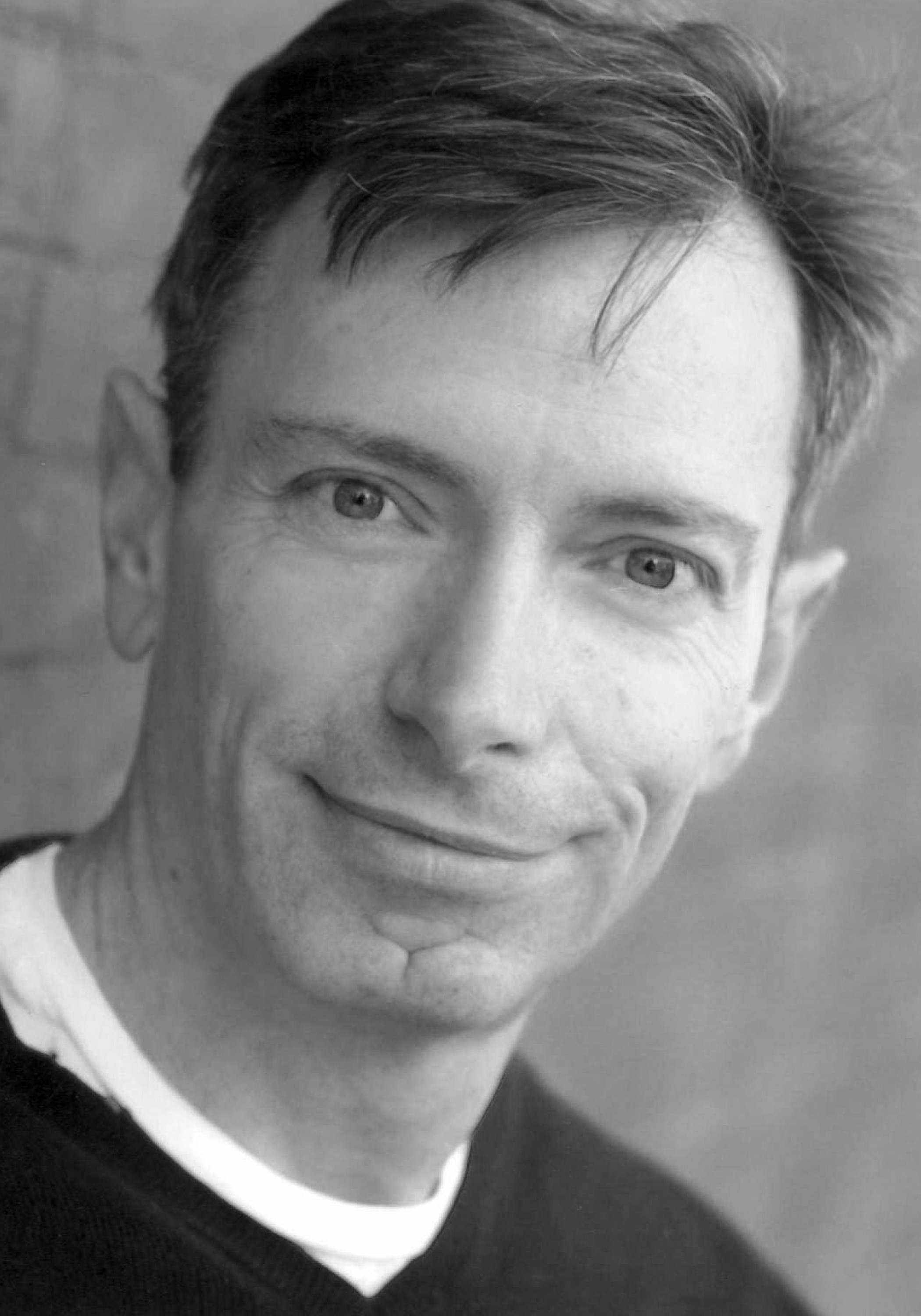 Four actors play over 150 roles in off-Broadway’s new hit, 39 Steps. One of these actors is Arnie Burton. Having performed in the original Broadway production in 2008, Arnie is no stranger to this comic tour de force. He knows his numerous characters like the back of his hand, and his audiences at the Union Square Theater are loving every minute! Beyond 39 Steps, Arnie has appeared in various Broadway, and Off-Broadway, productions including last season’s Machinal, Peter and the Starcatcher, and Culture Project’s Tail! Spin!. He is a veteran of New York theatre and we are thrilled to have him On the Couch!

What do you consider to be your best asset?
Curiosity and my need to keep learning.

What was your proudest moment?
First time I saw my name listed in a cast list in a program. I was a freshman in High School in Tucson Arizona, it said:  G Man………Arnie Burton

What is your favorite drink?
Diet Coke.

What is your favorite food?
5 Guys burger, which I have every Monday on my day off.

What is your favorite condiment?
Ketchup. On my 5 Guys or really almost anything else.

What is your current obsession?
New Jersey. We just bought a country house in Vernon, NJ and the countryside there is absolutely stunning.  Only an hour and a half from the city.

If you could give up one of your vices, what would it be?
Diet Coke.

What is the one professional accomplishment you long for most?
To perform in London. Hopefully something directed by Lyndsey Turner or Maria Aitken.

What is the one thing you waste too much money on?
Cable!! (This is a warning Time Warner!)

What is the one activity you waste too much time doing?
Drinking Diet Coke.

What do you consider to be the single greatest threat to your health?
Time. Oh, and Diet Coke.

What is the single best trait you inherited or learned from your parents?
Kindness from my mom.

What is the single worst trait you inherited or learned from your parents?
Impatience from my dad.

What in the world most thrills you?
1. Coming home from the theatre and seeing my dog Walter and my partner Yuki.
2. Surfing a laugh onstage.

What current trend in popular culture most irritates you?
The use of the word “trending”.  Selfies. Ugh. When did narcissism become socially acceptable?  Even CNN has a “Selfies Of The Week” feature.  Anything on Bravo.

What was the single most embarrassing moment you've ever experienced on the job?
Anytime onstage when you do something you think is hysterical and it is met with indifference by the audience.  Ouch.

What is your favorite place in the world?
Palm Springs, onstage, home with Walter and Yuki.

What is the most important trait you seek in a romantic partner?
That he be Yuki.

Do you prefer the company of dogs or cats?
Dogs!  Especially ones called Walter.

What would have to happen to make today the best day of your life?
The main ingredients: Yuki, Walter, my friends and family at our house in NJ, swimming, barbecuing, then everyone jumping in cars and going to the Warwick Drive-In.

What is your personal motto?
What you accept within yourself you go beyond.  What you fight, your stuck with.