We are deep in the heart of awards season, and everybody is cranky and nobody is sleeping and the hair-and-make-up bills are insane… and I couldn’t be happier!

A tad later in the evening, what felt like the entirety of the New York theater scene – from Edie Falco to Taylor Mac – descended on Webster Hall for the Obie Awards. It was Lea DeLaria’s third straight year as host, and she never fails to shock the crowd. Who would have thought that the event would only have gotten raunchier since the American Theatre Wing took the reigns?! The evening felt starrier than usual. Power couples Matthew Broderick & Sarah Jessica Parker, Bobby Cannavale & Rose Byrne, and David Henry Hwang & Heather Hitchens were all in attendance. (Okay, those last two aren’t a couple in the traditional sense, but they are such effective partners over at the American Theatre Wing I’m including them.) Among the evening’s highlights? Seeing the cast of A Doll’s House, Part 2 — the only Tony nominated new play that didn’t have an Off Broadway run — come out to support Off Broadway anyway. Another highlight: the entire cast of The Wolves reunited in the evening’s most adorable acceptance.

More prizes were handed out on Thursday, starting with the Outer Critics Circle Awards at Sardi’s. Always a sweet, earnest, and intimate affair, this year and a little more spit-and-polish, with the press line stationed sensibly on the far side of the banquet room. The highlight there, of course, was Bette Midler, who picked up the award for Outstanding Actress in a Musical. She gave a hilarious and heartfelt speech, full of gratitude and her trademark saltiness. The cash bar ensured a relatively well behaved room, as opposed to years past when certain members of the Circle made drunken spectacles of themselves.

Later in the evening, Broadway.com managed to sidestep all the usual trappings of awards ceremonies by throwing a casual cocktail party for the winners of its popular Audience Choice Awards. Andrew Rannells, Ben Platt, and Jordan Roth all showed up to mix, mingle, and collect awards.

No awards were bestowed at Tuesday’s bash celebrating the publication of The Designs of Santo Loquasto at The Lamb’s Club, but the well-heeled crowd all left with a copy the book. Jerry Zaks, Jennifer Tipton, and David Zinn all made brief remarks, underscoring the massiveness of Santo’s career as a theatrical designer. The whole cast of Hello, Dolly! came out to support the show’s resident set and costume mad genius, including Bette Midler — whose entrance caused such a stir the hotel had to reinforce its security detail.

Now all of Broadway is spending the long weekend nursing its collective hangover, and preparing for the season’s final two week stretch.

Caught Roseanne leading the standing ovation for her past and future co-star Laurie Metcalf, at A Doll’s House Part 2. 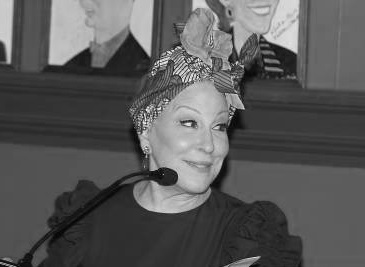