Last week I told you all about the Oakland School for the Arts taking over the Curran to present the first ever amateur production of Andrew Lloyd Webber’s School of Rock – The Musical. (And I’d be remiss — and in hot water — if I didn’t take the opportunity to apologize for misspelling the surname of that theater’s legendary impresario, Carole Shorenstein Hays. I put an “e” in Hays, a mistake I’ve made time and time again as I so often get it confused with the name of that original First Lady of the American Theatre, a certain Helen Hayes. Well, the letters poured in to correct me, and I assure you I won’t be making that error again. Also, we’ve had two proofreaders fired and replaced.)

Well, School of Rock is once again affording high school students the opportunity to flaunt their talents upon a real professional stage. This time — back in New York City, on the stage of its own Winter Garden Theatre. The smash Broadway musical lent their legendary stage to the Shubert Foundation High School Theatre Festival at the Winter Garden Theatre. The Shubert Foundation is the largest theater grant-giving organization in the country, presided over by Shubert bigs Philip Smith and Robert Wankel (if you don’t know about these two great gentlemen of the theater, read about them in Razzle Dazzle by Michael Riedel).

Legendary press agent Bill Evans slipped me into the event, where I got to witness New York City public school students performing everything from Beauty and the Beast to A Raisin in the Sun. Seeing those children shine on such a magnificent stage illustrated just how much impact a teacher can have on a student’s life. Of course, sometimes adults can learn just as much from the kids. Case in point: New York City Schools Chancellor, Carmen Fariña, learning how to take a proper selfie with a group of excited students just before they took the stage.

Also of note last week: the star studded opening of Eclipsed, which marked Oscar winner Lupita Nyong’o’s Broadway debut. Among the first nighters who came out to support were Gloria Steinem, Tavi Gevinson, Alfre Woodard, Dulé Hill, Corey Stoll, Vanessa Williams, Michael Cerveris, Joel Grey, Chita Rivera, Ruben Santiago-Hudson, Brian Stokes Mitchell, Lillias White, Cynthia Erivo, Katori Hall, the (other) goddess Tovah Feldshuh — the list goes on and on! Even Gloria Allred was there, ranting about the knife found at O.J.’s property to anyone who would listen! I even spotted none other than the outspoken marketing maven Marvet Britto herself trouncing about the red carpet. What a night!

Spotted Courtney Love and Joel Grey kibitzing in the lobby of the Nob Hill Fairmont Hotel in San Francisco. They were both in town to chitchat with Kevin Sessums as part of his Groundbreakers series at the Curran. 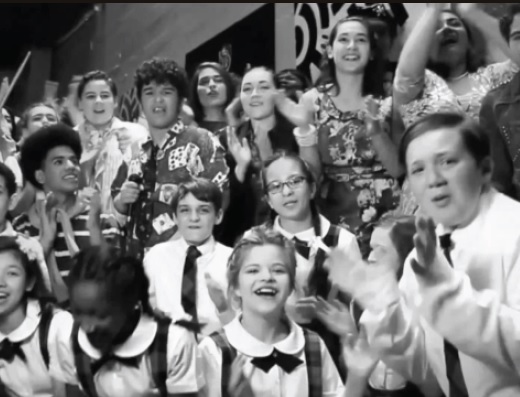