“We are delighted to have Beau and John join us this September,” says Bernstein. “The addition of these great artists to our inaugural festival is yet another example of how Solo Flights can bring top-notch talent to Aspen.”

Taking off this September, following the 2019 summer season in Aspen, Colorado. Solo Flights is an annual week-long festival of one-person shows presented in the beginning stages of their development. In addition to the performances, Solo Flights will feature signature events including talkbacks, creative discussions, and special receptions. This year’s Solo Flights festival will be held September 18 – 21, 2019 at Theatre Aspen’s Hurst Theatre.

When legendary basketball coach John Wooden (Beau Bridges) gets a call asking about naming a court in his honor, he says his wife Nell’s name must come first. From humble beginnings to the pinnacle of success, the coach reflects on the only girl he ever loved and the journey they took together from a small town in the middle of the country to Los Angeles, California. John Wooden understood the American Dream, lived it, coached it, and inspired millions of others to pursue it.

Dr. Glas, a new one-person play by Jeffrey Hatcher, based on the classic Scandinavian mystery novel “Doktor Glas” by Hjalmer Söderberg and translated from Swedish by David Barrett, is the chilling, yet witty, love story of a 19th-century physician grappling with the decision of a lifetime. As told in first person account, the Doctor (Daniel Gerroll) finds himself madly in love with an unhappily married patient, who presses to see him regularly about her miserable state—pitting his passion against his morality. Ultimately, Dr. Glas is seduced into helping her in any way he can, even if it means murder.

What We Leave Behind, with book, music, and lyrics by Jenny Giering and Sean Barry, is a courageous one-woman musical exploring what it means to live a life reshaped by illness. This story in two lives, follows a woman from her diagnosis of breast cancer, through treatment, and the onset of a mysterious new condition that robs her of her ability to function fully as a wife, mother and artist. Her journey is juxtaposed with the time before her struggles began, when life was full of daring and passion—when she and her husband together embarked on a relationship with another woman. The musical, with abundant heart and humor, acknowledges the loss that comes from serious illness, while declaring that one’s existence can still be alive with wonder and hope—if we are brave enough to embrace it.

In Courtney Baron’s When It’s You, Ginnifer Riggan has a fine life, but that’s it, just fine. Unlucky in love and recently returned to her hometown after the death of her mother, an act of violence committed by an old boyfriend forces Ginnifer to ask: How are we all connected? Who are we responsible for? and How is it possible to move forward? This extremely personal, deeply moving, and often humorous story, is about the nature of loneliness, who we become in shifting times, and the courage of the human spirit to go on.

BEAU BRIDGES (Coach, John Wooden) is an award-winning actor who has portrayed a myriad of characters during a successful career spanning more than six decades. On Broadway, Bridges starred in the musical comedy hit How To Succeed In Business Without Really Trying. At Theatre West in Los Angeles, Bridges adapted and starred in Richard Boleslavsky’s Acting: The First Six Lessons, alongside his daughter Emily. Nominated 15 times, Beau received a Best Supporting Actor Emmy Award for his work in HBO’s “The Second Civil War” and won another Emmy, as well as a Golden Globe Award, for his supporting role opposite Holly Hunter in the HBO project “The Positively True Adventures of The Alleged Texas Cheerleader-Murdering Mom.” Bridges starred in HBO’s “Without Warning: The James Brady Story,” for which he received an Emmy, Golden Globe, and Cable Ace Award. Bridges won a Grammy Award for his shared narration of Al Gore’s An Inconvenient Truth. In 2008, Bridges lent his voice for the documentary Operation Homecoming: Writing the Wartime Experience, which received an Academy Award nomination. Recent film credits include The Mountain Between Us, starring alongside Idris Elba and Kate Winslet and Alexander Payne’s Golden Globe-winning and Academy Award-nominated film The Descendants. Other film credits include The Landlord, The Other Side of the Mountain, Norma Rae, Heart Like a Wheel, The Hotel New Hampshire, Sordid Lives, Jerry Maguire, and The Fabulous Baker Boys for which he was named Best Supporting Actor by the National Society of Film Critics. Recent television appearances include “Homeland” as Vice President Ralph Warner, OWN’s “Greenleaf,” HBO’s interactive series, “Mosaic,” from Steven Soderbergh, alongside Sharon Stone, “Masters of Sex,” “Black-ish,” “Bloodline,” the Disney animated series “Penn Zero: Part-Time Hero,” and “The Millers.” Upcoming television includes the Amazon prime original series “Goliath” and the Netflix original series “Messiah,” as well as Comedy Central’s “Robbie,” opposite Rory Scovel. Bridges appeared in “Sandkings,” the two-hour television film that kicked off the long running Showtime series “The Outer Limits,” for which he received an Emmy nomination. As a director, Bridges work includes the movie-of-the-week “Secret Sins Of The Father” and “The Thanksgiving Promise,” in which his father Lloyd and his son Jordan starred, as well as the after-school special “Don’t Touch” which was nominated for an Emmy. Beau serves on the board of The Wishtoyo Foundation, a non-profit organization that utilizes traditional Chumash values and is dedicated to promoting environmental awareness and enforcement of laws protecting the health and environment of our communities. He also serves on the board of internationally acclaimed Theatre West; the oldest continually running theater in Los Angeles. Bridges has five adult children; Casey, Jordan, Dylan, Emily, and Zeke. He resides in the Los Angeles area with his wife Wendy.

JOHN WILDER (Coach, Playwright) has written and/or produced nearly 400 hours of prime-time television drama on network and cable. He has received the Writers Guild of America Award for Best Long-Form Teleplay and received WGA nominations for Best Long-Form Series and Best Episodic Drama. He has received two TV Academy Emmy nominations for Best Dramatic Series and received Golden Globe nominations for Best Picture Made for Television and for Best Drama Series.He has received the Western Writers of America Award for Best Western Screenplay and Best Western Television Film; two Western Heritage Awards for Best Television Film; and the Chicago International Film Festival Award for Best Television Series. He had the honor and privilege of mounting the biggest television event of its time, the epic twenty-six-hour mini-series of James Michener’s “Centennial” for NBC, adapting the bestselling novel and Executive Producing the film for Universal Pictures. He worked with Larry McMurtry to write and Executive Produce a sequel to Mr. McMurtry’s Pulitzer-prize winning novel, creating the seven-hour mini-series “Return to Lonesome Dove” for CBS. He adapted and Executive Produced John Jakes’ best-selling novel, “The Bastard,” as the premier film for the ground-breaking OPT channels, forerunner of Cable TV; was chosen again by James Michener to adapt and Executive Produce his best-selling novel Texas for ABC; was selected by best-selling author Anne Rice to adapt her novel “The Feast of All Saints,” which he Executive Produced for Showtime. He created and Executive Produced two critically acclaimed series for Warner Brothers, “The Yellow Rose” (NBC), and “Spenser: For Hire” (ABC), on which he teamed with the Dean of Crime Fiction, Robert B. Parker. He first came to prominence as a writer/producer/director while guiding the top-rated, critically acclaimed police drama “The Streets of San Francisco” (ABC) starring Karl Malden and Michael Douglas, and later wrote, directed and Executive Produced Norman Rockwell’s “Breaking Home Ties” (ABC), which starred three Academy-Award Winners, Jason Robards, Eva Marie Saint, and Clair Trevor. He Executive Produced his original screenplay, Shuffleton’s Barbershop, as a Hallmark TV movie starring Danny Glover. His first novel, Nobody Dies in Hollywood, was published in October 2015. Mr. Wilder was born in Tacoma, WA, began work in theater at age 8, and became one of radio’s top juvenile performers as Johnny McGovern, portraying recurring characters on fifteen different weekly shows from 1945 to 1951. He had featured and starring roles in theatrical films and TV shows as a young actor before graduating from UCLA with a BA in English Literature in 1963. He lives with his wife and granddaughter in Santa Barbara, CA, where he is Writer in Residence and Adjunct Professor of English at Westmont College, and honored to have been named Adjunct Professor of the year for 2014-2015.

Since 1983, Theatre Aspen has been rekindling a sense of discovery in audiences who live in and visit the Roaring Fork Valley by producing big theatre in a small space with intimate storytelling. Each season at Theatre Aspen promises to bring world-class theatre dramatically closer, with innovative and imaginative productions of both plays and musicals, complemented by an assortment of community events including late-night cabarets, educational programs and performances, collaborations with other Aspen arts organizations, and new works presentations. Theatre Aspen also boasts an impressive Apprentice Program, one of the largest in the country, devoted to training the next generation of theatrical artists and administrators. To learn more about Theatre Aspen visit www.TheatreAspen.org or call 970 925 9313. 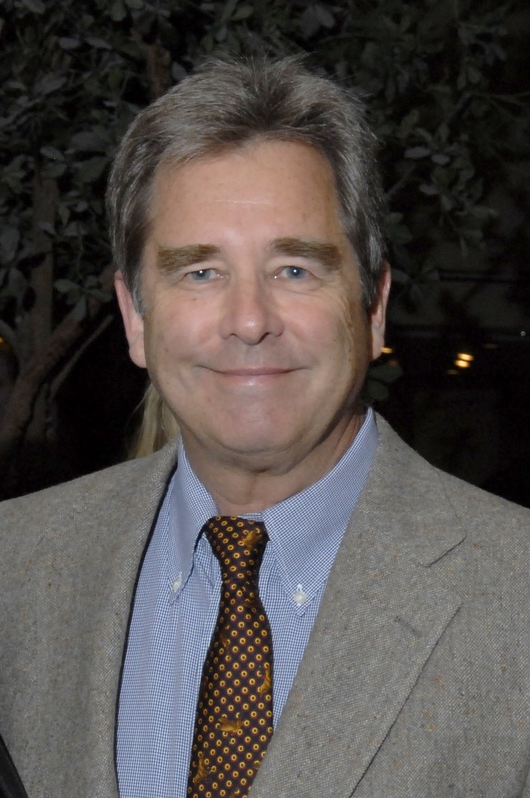