“Before the Paradise Passes By”

I’m on the verge of a significant birthday.  I won’t say which one, but I will confirm it’s somewhere between 49 and death.   The annual occasion brings about three things, reliably: a hand written note card in an envelope filled with glitter and spangles from the great William Ivey Long, a magnum of Pol Roger Sir Winston Churchill from Barry Diller and Diane von Furstenberg, and an existential crisis from me.

Of all the lyrics ever written about facing one’s final curtain, the ones that most consistently run through my mind when facing such crises are these indelible words sung by Dolly Levi in what has to be one of the best Act I closers in theater history:

I’m ready to move out in front

Life without life has no reason or rhyme left

(I remember seeing Hello Dolly! at the St. James nearly a dozen times, and being ushered upstairs to David Merrick’s office for intermission champagne with what was always an exciting array of guests.)

Those who, after successful first, second, and even third acts, find the gumption to grab the old baton and start marching anew always inspire me.  So for all of you who need a little encouragement, consider Oscar and Tony winner Joel Grey, who not only still acts and directs, but has managed to find time to become a highly respected art photographer and is authoring what I’m told is a fabulous memoir due out next year.  Consider also Steve Martin, who made a name for himself as the wild-and-crazy guy wearing a white suit with an arrow through his head, and is now bringing his first musical, Bright Star, to Broadway (by way of The Kennedy Center) alongside co-author Edie Brickell and director Walter Bobbie.  And consider Carole Shorenstein Hays who, after winning her eighth Tony Award for Fun Home in the midst of a multi-decade run as San Francisco’s most powerful theater presenter, just announced her ambitious plans for the rebirth of San Francisco’s historic Curran theatre.

Just thinking about the late-career accomplishments of these marvelous folks, I can feel my heart coming alive again!

Overheard Robert Cuccioli and girlfriend Leila Robbins joking with Mr. Met that he was “getting a big head” after Cuccioli sang the national anthem at a recent game.  Cuccioli is about to start performances of the York Theatre Company’s reworked version of The Rothschilds called Rothschild & Sons. 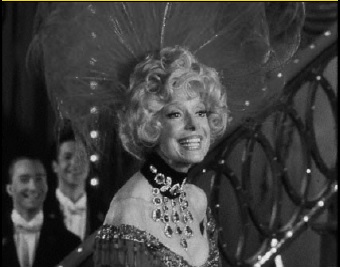