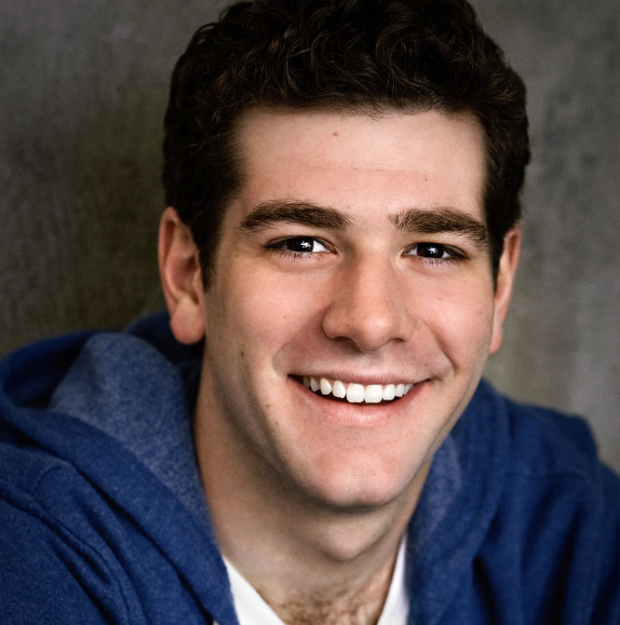 Barry Mann is an icon of the American songbook, but before his first big hit in 1961, he was a struggling songwriter with an eye for the ladies (until his Cynthia Weil walked into his life). Broadway journeyman Ben Jacoby has been doing “the old Mann” proud since joining the Broadway company of Beautiful in 2016. Here’s one of our favorite editions of “On The Couch” which Jacoby did for us just after joining the Beautiful family at the Sondheim Theatre.

What do you consider to be your best asset?
Oof–tough first question. I like to think that I’m a hard worker. If I fail, it’s not for lack of trying.

What was your proudest moment?
Being accepted into graduate school was certainly one of them.

What is your favorite drink?
Lemonade, maybe? Actually, no–bourbon.

What is your favorite food?
My mom makes pork chop with baked spaghetti…that will always be one of my favorites.

What is your favorite condiment?
Salsa? Is that a condiment?

What is your current obsession?
Mochi.

If you could give up one of your vices, what would it be?
Is staying up too late a vice? It’s tough on show schedule, but I wish I was more of a morning person.

What is the one professional accomplishment you long for most?
I’d like to create a role–musical, non-musical, TV/Film, whatever. Not necessarily because it would be an “accomplishment” but because I think it would be fun to be involved in a creative process in that way.

What is the one thing you waste too much money on?
I’m not much of a cook. So…Seamless.

What is the one activity you waste too much time doing?
Probably watching/reading about/following my favorite sports franchises. Go Yankees.

What do you consider to be the single greatest threat to your health?
Oh geeze–maybe worrying about my health. Much like Barry Mann, (my character in Beautiful) I consider myself a bit of a hypochondriac. And it gives me anxiety.

What is the single best trait you inherited or learned from your parents?
Being basically good at everything…and humility. 😉

What is the single worst trait you inherited or learned from your parents?
…an obnoxious sense of humor.

What in the world most thrills you?
Actually…a very good piece of theatre.

What current trend in popular culture most irritates you?
Buzzfeed quizzes.

What was the single most embarrassing moment you’ve ever experienced on the job?
I was in a production of Sense and Sensibility in which it rained onstage. In attempting to exit in a swift, gallant fashion–as I thought a Jane Austen gentleman might–I totally wiped out on the wet stage. On opening night.  That was pretty rough.

What is your favorite place in the world?
The subway. Just kidding…anywhere else.

What is the most important trait you seek in a romantic partner?
Not finding my obnoxious sense of humor so obnoxious…?

What would have to happen to make today the best day of your life?
Hmmm…finding out I’d get an unlimited, paid vacation…which I’d use to travel. Improbable, I know, but it would have to be something pretty incredible to make it the unequivocal BEST day.

What is your personal motto?
If you’re not getting your laughs, put more rouge on and squat. Then say the line. Works every time.