“BETWEEN THE DEVIL AND THE DEEP BLUE SEA”

Well, you can stop refreshing your inboxes because I’m back! My re-entry into the world of weekly columns is always daunting. Will I still be able to enrapture my readers with a few hundred keystrokes each week?  Will I come to realize that I have, at long last, lost my touch? Will I wind up staring at a blank screen, desperately beckoning inspiration that never comes? Will my editors replace me with a younger, better-looking columnist in possession of a vastly more impressive rolodex and faster typing fingers?

Well, today I shove all of those crippling insecurities out of my mind and face you, my dear readers, at long last. What brings me back, year after year, is our bond. I want to thank everyone who reached out to me over email, Twitter, Snapchat, and What’s App to tell me how much they missed my prose hitting their smartphones week after week.  A special shout-out to my number one fan, Lisa Babin, down in the Louisiana, who told me my hiatus is what she hates most about summer. (And if you’ve ever sweated through a Louisiana August, you know that’s saying something!)

I hope each of you had a summer as restful and enriching as mine. I swam, I did yoga, I took long walks, and — for such an active season — I am happy to report that I only sustained two minor injuries in the process. The first was when my knee gave out while I was trying to hang a new large format photograph from Joel Grey’s latest collection of erotic flowers. The second was when I took a dip in the Atlantic on a particularly windy day, and a wave picked me up and threw me directly onto the ocean floor with such force that I sprained my ankle.  I limped to shore and drank away the pain until Urgent Care reopened in the morning. I’m still recovering from that one, but it has been a lovely excuse to wear slippers everywhere. I’m like Julian Schnabel from the ankles down.

My carefree season, though, ended early and unexpectedly with the news of Isabel Toledo’s death on August 26. Isabel was not the kind of person whose mortality one would even think to consider. Her striking, architectural features were not just undiminished by time, they were positively unchanged by it!  And in all the years I knew her, I never once saw her energy flag or her enthusiasm fade.  She was a force of nature and one of New York’s last remaining great ladies.

And like any great lady, she was wildly committed to making a positive impact on her community.  Among the causes she championed was the Design Industries Foundation Fighting AIDS (DIFFA), the pet cause of her longtime friend David Rockwell.  It was Rockwell who introduced her to Scott Sanders and Warren Carlyle, leading to her sole Broadway outing: designing the costumes for After Midnight. Her work was a revelation, and the theatrical art form is richer for her contributions.

And now we face a new season — well, truth be told, we’re already smack dab in the middle of one. May it be filled with creative accomplishments as rich and rewarding — as indelible and enduring — as Isabel’s.

My thoughts now turn to her beloved Ruben. Wendy Goodman has written the definitive post-mortem on their legendary love affair, and I won’t even attempt to trod on her terrain here. But I will say that for anyone who has ever had a cynical thought on the notion of true love or the institution of marriage, let Isabel and Ruben’s remarkable, tender, productive and all-consuming passion for one-another quell even the most persistent of your nagging doubts.

Spotted Sir Paul McCartney at a nighttime showing of Once Upon a Time in Hollywood at the Regal UA East Hampton Cinema.

Overheard a diner shout, “thank you for being a good president” to Bill Clinton, as the former POTUS exited Bostwick’s Chowder House.

Photo: Ruben and Isabel Toledo at home by David Allee 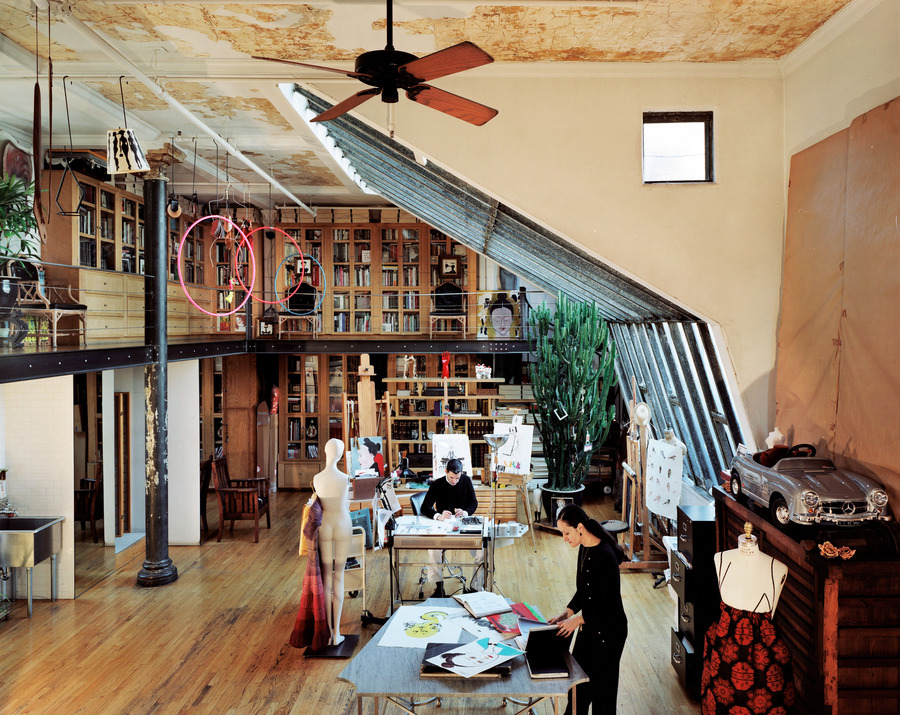