“Boys Will Be Boys”

I spent Monday evening at a soiree held in honor of the great civil and human rights leader, David Mixner, held at a private, lower Manhattan residence. The idea was to welcome Mixner, who has an upcoming solo show, into the theatrical fold. Theatricals (mostly the handsome, square-jawed type) filled the apartment. I spotted Joel Grey chitchatting with Mixner about the new Amazon series, “Transparent.” Billy Porter introduced Mixner to the room. Mixner explained that his show – a one-night-only event called Oh, Hell No!, taking place on October 27 at New World Stages – is raising money for Point Foundation. Apparently the event has raised so much already that they are able to send seven kids – kids who have been rejected by their families – to college. Mixner, who faced a plethora of health problems over the past few years, is back in fighting shape and excited to get on stage. As for the script, what script? “It’s not written out. I just get up there and tell stories, in the grand tradition of southern storytellers. I’ve been telling stories since before I could walk.” Now, if you’ve ever read Mixner’s autobiography, Stranger Among Friends, you know the man can dish. I hear he is going to reveal never-before-heard details about his friendship and falling out with the Clintons. When asked if he and Bubba are finally back on good terms, he responded (rather coyly), “I’m supporting Hillary, if she runs.”

When partygoers weren’t chatting about philanthropy, they were chatting about Harvey Weinstein’s now infamous “Riedel Challenge” up at Cambridge, which had just taken place over the weekend. Quick recap: New York Post fiction writer Michael Riedel penned a column speculating (unflatteringly) on the quality of Finding Neverland, despite never having seen the show. Weinstein, Finding Neverland’s resident impresario, set a challenge. Riedel would be invited to Cambridge to actually see the show, during its pre-Broadway run at American Repertory Theater, and the audience would be polled. If more than 80% of the audience loved the show, Riedel would “eat crow.” If less than 80% loved the show, Harvey would admit defeat. The results (drum roll): a staggering 96% of responders loved the show, as tallied by a representative from Ernst & Young. Riedel not only ate crow, but he let Harvey dump a bucket of ice over his head in “the season’s final ice bucket challenge.” (Harvey also stroked a check in the amount of $50,000 to ALS-related charities.) Not since David Leveaux dropped him with one punch at Angus McIndoe has Riedel taken such a public smack. It’s going to be a fun season.

Caught Andrew Lippa and Kristin Chenoweth leaving rehearsal for their upcoming one-nighter at Avery Fisher Hall, I Am Harvey Milk. 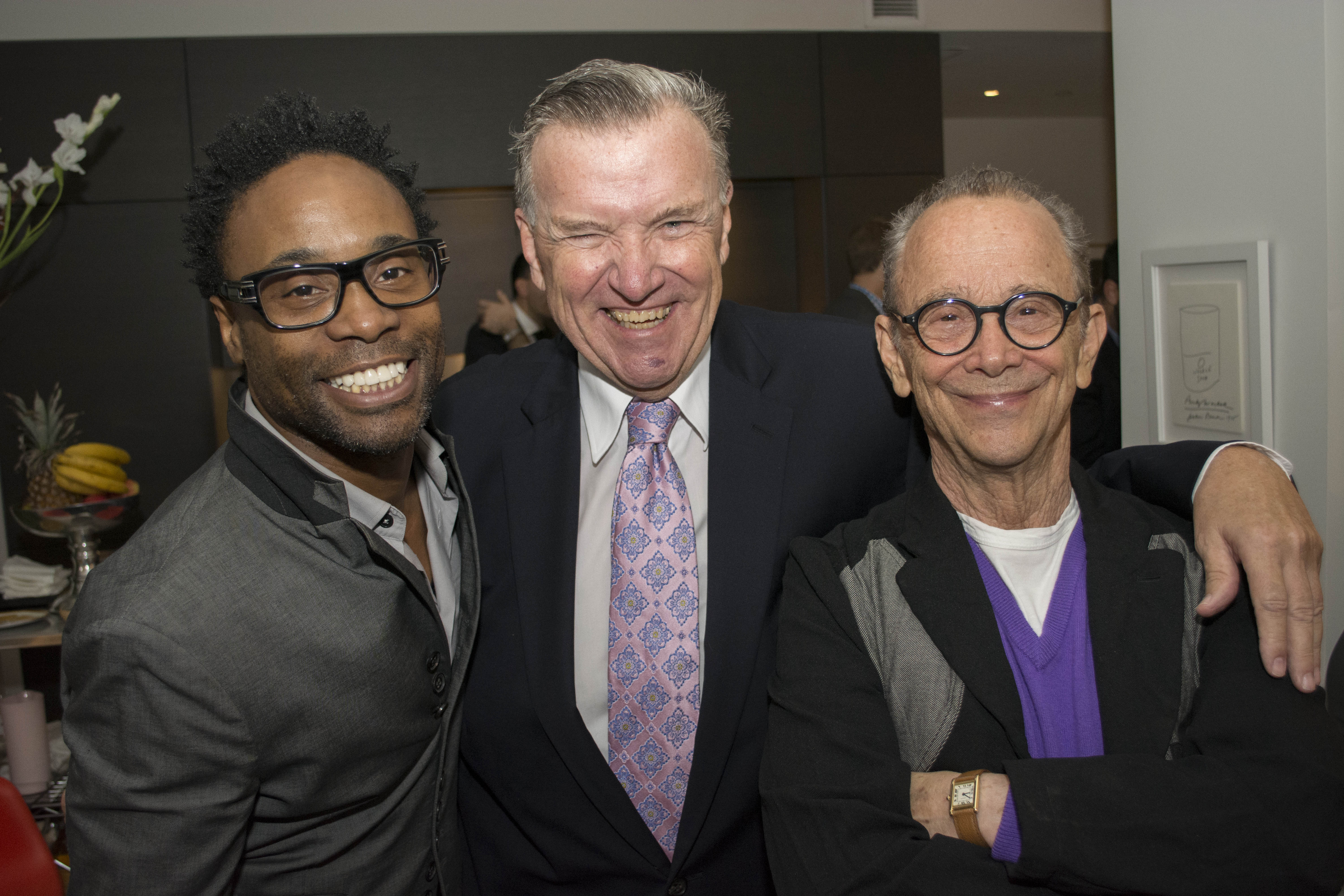