Beginning in Fall 2020, the monthly show will increase frequency to air weekly.

“The Broadway community is rich with talent, diversity and vibrancy.  I’m thrilled we will be expanding the reach and frequency of Broadway Profiles to share the best of theater with an ever-expanding audience,” said Tamsen Fadal, Broadway Profiles Host and Executive Producer.

“JGO’s goal is to raise awareness and attendance for all of Broadway, in New York and across the country.  Tamsen’s experience as a broadcast host and producer has been invaluable in bringing the inside Broadway news to broadcast television,” said John Gore, owner and CEO of the John Gore Organization.  “With this exciting expansion, we’re able to introduce the best of Broadway to millions of fans nationwide.”

The Broadway Channel is the premier network for Broadway video content, providing viewers behind-the-scenes access to Broadway on screens in more than 60,000 hotel rooms and in-flight entertainment systems, reaching millions of theater fans each year.

The Broadway Channel’s digital network also includes dedicated channels with cable partners including Verizon and RCN. The Broadway Channel is part of the John Gore Organization family of companies, including Broadway.com and Broadway Across America. For more information, visit www.broadwaychannel.com or www.johngore.com

The John Gore Organization is the leading developer, producer, distributor and marketer of Broadway theatre worldwide. Under the leadership of 14-time Tony-winning theater producer and owner John Gore, its family of companies includes Broadway Across America, Broadway.com, The Broadway Channel, BroadwayBox.com, and Group Sales Box Office. The company presents shows in 47 cities across North America as well as on Broadway, Off-Broadway, London’s West End, Japan, and China. It has won Tony Awards in every producing category as well as numerous other Drama League, Drama Desk and Olivier awards. 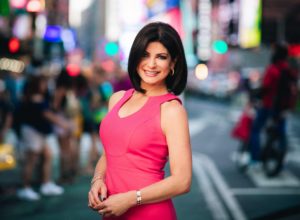