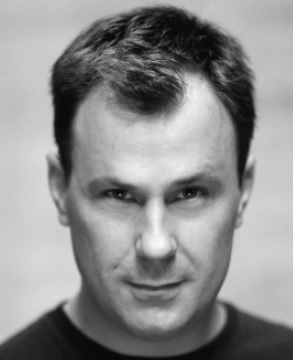 Brooks Ashmanskas is the kind of performer who knows how to bring a piece – even the most iconic– to new heights. In his rich career, he has tread the boards in regional houses like Arena Stage and Huntington Theatre, and appeared both off-Broadway and on in shows like Shuffle Along…, 2003’s revival of Gypsy and Jason Robert Brown’s Songs for a New World. Brooks was nominated for a Tony Award for his eclectic and raucous performance in Martin Short: Fame Becomes Me. This season, he plays the pastry-loving American in Paris next to Jake Gyllenhaal and Annaleigh Ashford in City Center’s Sunday in the Park with George. This week, Brooks took some time away from finishing the hat to spend a few minutes with us On the Couch!

What do you consider to be your best asset?
My Mix.

What was your proudest moment?
Mentoring Meryl.

What is your favorite drink?
Tanqueray and Tonic.

What is your favorite food?
Anything with melted cheese.

What is your favorite condiment?
Mayonnaised Bread.

What is your current obsession?
Weeping while watching the news.

If you could give up one of your vices, what would it be?
Stephen Sondheim.

What is the one professional accomplishment you long for most?
Finally making money.

What is the one thing you waste too much money on?
Others.

What is the one activity you waste too much time doing?
Same as every guy.

What do you consider to be the single greatest threat to your health?
Bad lyrics.

What is the single best trait you inherited or learned from your parents?
A sense of humor.

What is the single worst trait you inherited or learned from your parents?
A sense of humor.

What in the world most thrills you?
Shawn Murphy.

What current trend in popular culture most irritates you?
Yes.

What was the single most embarrassing moment you’ve ever experienced on the job?
Entering.

What is your favorite place in the world?
NYC!!

What is the most important trait you seek in a romantic partner?
Blindness.

Do you prefer the company of dogs or cats?
Dogs. WILMA!!!!

What would have to happen to make today the best day of your life?
The loss of 73 pounds of face weight.