THE WORLD PREMIERE OF

New York, NY (Monday, September 21, 2015) – Andrew Lloyd Webber announced today the complete cast for School of Rock – The Musical, which will have its World Premiere on Broadway.  Based on the smash hit 2003 film of the same title, School of Rock will feature music from the movie, as well as an original score by Andrew Lloyd Webber and lyricist Glenn Slater, with a book by Julian Fellowes and direction by Laurence Connor (currently represented on Broadway by Les Miserables). Previews will begin on Monday, November 9, 2015 at the Winter Garden Theatre (1634 Broadway), with an opening set for Sunday, December 6, 2015.

Produced by Paramount Pictures, the 2003 film was directed by Richard Linklater and starred Jack Black in a career-defining performance. The film received universal critical acclaim and was hailed by The New York Times as an “irresistible comic postscript to the rock revolution.”  The film went on to gross more than $130 million worldwide.

School of Rock – The Musical follows Dewey Finn, a failed wannabe rock star who decides to earn a few extra bucks by posing as a substitute teacher at a prestigious prep school. Completely disinterested in academic work, Dewey decides to create his own curriculum, turning his class into a guitar-shredding, bass-slapping, mind-blowing rock band.

Warner Bros. Records will release the Original Broadway Cast Recording for School of Rock – The Musical on Friday, December 4, 2015, on the eve of opening night. The new album will feature a new score by Andrew Lloyd Webber and lyricist Glenn Slater, along with three songs from the immensely popular 2003 film. Three-time Grammy Award-winner Rob Cavallo, who has worked with Green Day, My Chemical Romance, Paramore, Goo Goo Dolls, Phil Collins, and Gary Clark Jr., produced the album along with Lloyd Webber. 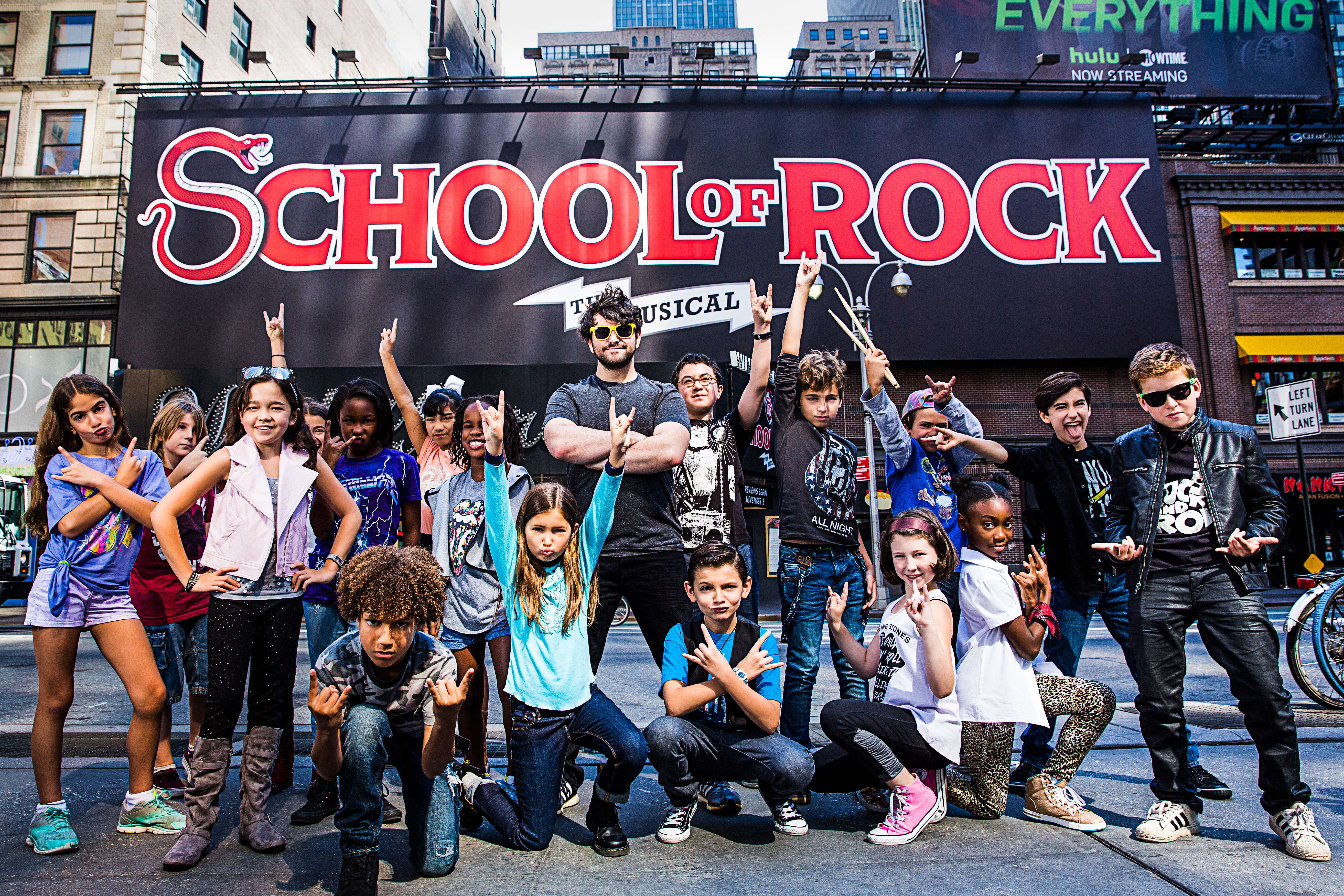