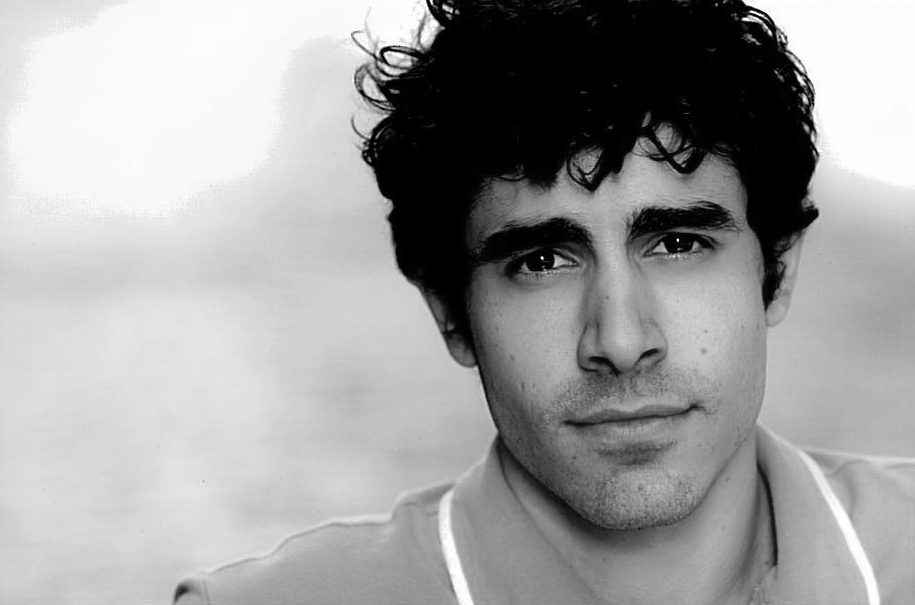 ♪ Chicks and ducks and geese better scurry ♫….because Damon Daunno is heating up the Circle in the Square Theatre with his Tony Award®-nominated starring role in Rodgers and Hammerstein’s Oklahoma! 8 times a week. Daniel Fish’s reimagined revival, nominated for 8 Tony Awards including Best Revival of a Musical, shakes up the classic with this superbly talented actor and musician (he’s a guitarist in the production) leading the way as ‘Curly’. Thankfully, Damon took some time out of his busy schedule to serenade us on the couch and give some of his down-home wisdom.

What do you consider to be your best asset?
My Peter Gallagher-esque eyebrows.

What was your proudest moment?
Marrying Kirsty Woodward.

What is your favorite drink?
Pedialyte (unflavored).

What is your favorite food?
Gluten free crumpets with cheddar cheese.

What is your favorite condiment?
HP sauce on anything!

What is your current obsession?
All things Marvel (I’m late to that party but what a thrill!)

If you could give up one of your vices, what would it be?
If I’m honest, probably vodka.

What is the one professional accomplishment you long for most?
A record deal and a gig at MSG.

What is the one thing you waste too much money on?
If I’m honest, probably vodka.

What is the one activity you waste too much time doing?
Netflix albeit a domestic activity.

What do you consider to be the single greatest threat to your health?
If I’m honest, probably vodka.

What in the world most thrills you?
Mother Nature in all its splendor.

What current trend in popular culture most irritates you?
Selfie culture confuses me. Take pictures of things not yourself!

What was the single most embarrassing moment you’ve ever experienced on the job?
I tripped off the stage right after a super dramatic moment in a show and the whole audience gasped. I had to give two thumbs up to let them know I was ok.

What is your favorite place in the world?
The Kneehigh Barns in Goren Haven, Cornwall.

What is the most important trait you seek in a romantic partner?
Equal parts silly and deep.

Do you prefer the company of dogs or cats?
I grew up very feline but have slowly turned into a dog man.

What would have to happen to make today the best day of your life?
I would play that gig at MSG with my family and friends in the wings.

What is your personal motto?
Either “Attitude of Gratitude” or “Fuck it”.