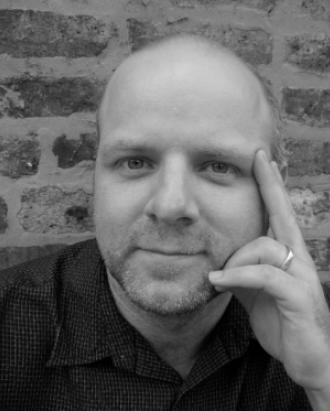 Best known as a renowned Chicago-based director, Dexter Bullard has made his mark on New York City audiences. He has directed at Steppenwolf, Second City, the Goodman, but also is known to Gothamites for his collaboration with acclaimed actor Michael Shannon, on shows such as Mistakes Were Made and Bug (both at the Barrow Street Theatre – Bug garnered Dexter a Lucille Lortel Award for direction, and a Drama Desk nomination). Dexter is currently making his Broadway debut, directing Craig Wright’s Grace at the Cort Theatre, which stars Paul Rudd, Michael Shannon, Ed Asner, and Kate Arrington. Find out where Dexter’s favorite place in the world is as we get him On The Couch!

Q: What do you consider to be your best asset?
My brain.

Q: What was your proudest moment?
The act of marriage.

Q: What is your favorite drink?
Expensive American micro-brewery beers with audacious malt AND hop.

Q: What is your favorite food?
Hot and sticky chicken wings and hwe dup bap.

Q: What is your favorite condiment?
Spicy peppers in all forms.

Q: What is your current obsession?
Sword and sorcery video games… (more a “medieval” obsession).

Q: If you could give up one of your vices, what would it be?
Nail biting.

Q: What is the one professional accomplishment you long for most?
International productions – travel and directing rolled into one.

Q: What is the one thing you waste too much money on?
Bourbon.

Q: What is the one activity you waste too much time doing?
Bourbon.

Q: What do you consider to be the single greatest threat to your health?
Bourbon.

Q: What is the single best trait you inherited or learned from your parents?
Energy in collaboration.

Q: What is the single worst trait you inherited or learned from your parents?
Self-prioritizing.

Q: What in the world most thrills you?
Being present to my sensations…

Q: What current trend in popular culture most irritates you?
Commercial beers and beer commercials.

Q: What was the single most embarrassing moment you've ever experienced on the job?
Recently told Ed Asner he had to work on his acting.

Q: What is your favorite place in the world?
Next to my wife and dog.

Q: What is the most important trait you seek in a romantic partner?
Loyalty.

Q: Do you prefer the company of dogs or cats?
See two above (though I love cats too…).

Q: What would have to happen to make today the best day of your life?
It would last 100 years.

Q: What is your personal motto?
Replace fear with imagination.