DHARON E. JONES TO REPLACE BEN COOK IN “WEST SIDE STORY” ON BROADWAY

DHARON E. JONES TO PLAY ‘RIFF’ IN
“WEST SIDE STORY”

Mr. Cook sustained an injury on stage last Sunday evening.  Mr. Jones currently performs the role of ‘Action’ in the Ivo van Hove/Anne Teresa De Keersmaeker production which is currently in previews at the Broadway Theatre.

West Side Story began performances on December 10, 2019, ahead of an official opening night on February 20. 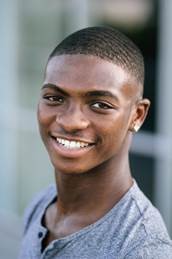