Splashy Broadway openings are a dime-a-dozen these days, but to cause such a ruckus Off Broadway is not so easy. Well tell that to Mr. Joel Grey, he of Oscar and Tony glory who has just opened his Yiddish production of Fiddler on the Roof in its new midtown home. He who makes such a commotion every time he leaves his apartment. Well, of course Mr. Grey’s Off-Broadway opening is going to be splashy!  Prominent gentiles and Jews turned out in equal measure: for every Sutton Foster there was a Harvey Fierstein, for every Kate Mulgrew there was a Regina Spektor, and for every Cindy Adams there was a … Cindy Adams. And mishpocha? More mishpocha than you could shake a lulav at!  Three generations of Grey’s were on hand, including Joel’s daughter Jennifer Grey and granddaughter Stella.

I’ve already told you how resplendent the production is. Joel has directed the definitive version of the definitive musical, and it’s not to be missed. What you won’t get to see, though, unless you were lucky enough to be on the opening night list, is Joel himself onstage at curtain call to say a few words. Sheldon Harnick, seated front and center was thanked. The crowd went wild. Then Joel sang a song his dad wrote about his (Joel’s) circumcision. Talk about a surprise ending!

Fierstein, who famously and brilliantly played Tevye the Milkman on Broadway, went backstage to meet Steven Skybell, this production’s Tevye. Lots of warm kibitzing ensued. Harvey hunted around for his old Hairspray foil, Jackie Hoffman (here, fabulously typecast as Yente), but got distracted by Jennifer Babiak and Joanne Borts, both in this Fiddler and formerly in his.

The party was at Sardi’s which seemed fitting. Producer Hal Luftig held court at a large table as well-wishers came over to wish well. Mickey Katz records could be heard over the din. Joel and his old Chicago co-star Bebe Neuwirth, wearing a baseball cap embroidered with the phrase “Oy Vey,” embraced warmly. Me? I slipped away into the night not wanting the wine to fog my memory of a fabulous evening.

Overheard Mark Ronson at Kaffe 1668 laughing with a friend over a dog meme he saw on Instagram.

Saw Gayle King at REI buying a ton of what looked like safari gear. 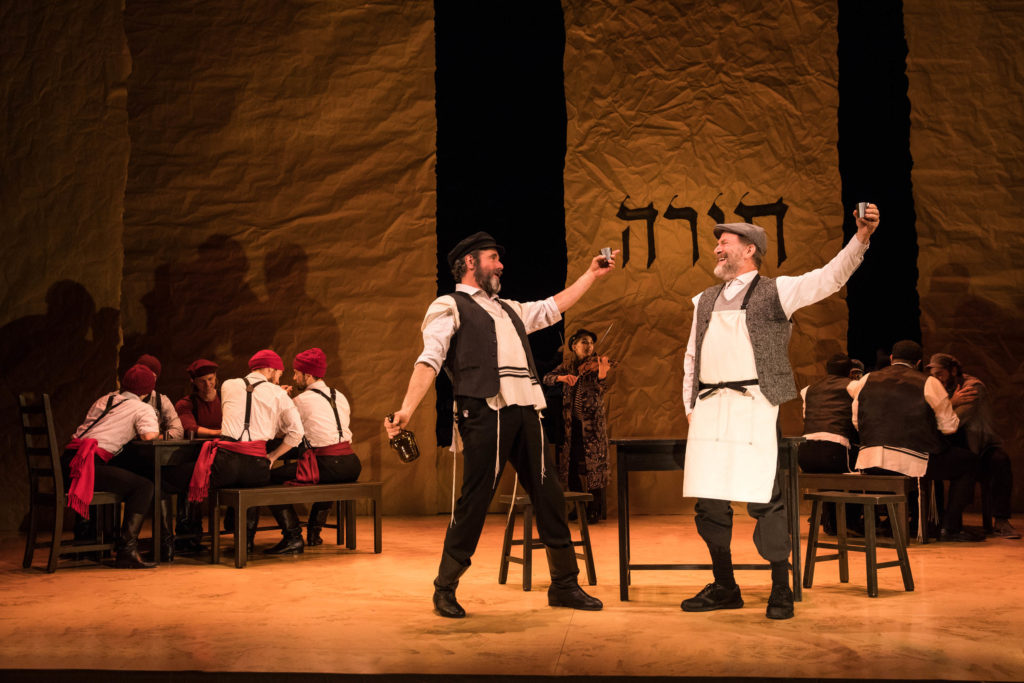