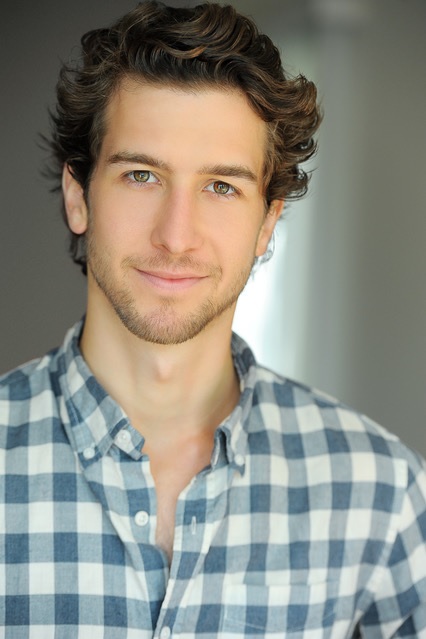 Carole King wrote some of the most well known melodies and chords in modern music history, but many of those can’t-get-out-of-your head lyrics were penned by her late ex-husband, Gerry Goffin. A complicated figure in Carole’s life, Gerry’s love, talent, betrayal and forgiveness are brought to life eight times a week at the Stephen Sondheim Theatre by the charming and talented Evan Todd. No
stranger to the stage (he’s an original cast member of the cult favorite Heathers: The Musical), we’ll let Evan tell you a little bit more about himself, off-stage!

What do you consider to be your best asset?
I never hold a grudge (though sometimes I wish I could) and I genuinely believe in the goodness in people.

What was your proudest moment?
Becoming a co-producer on Heathers the Musical was a pretty incredible moment for me. Since then I’ve been a producer on multiple projects and was even nominated as a producer for the Spring Awakening Revival. But Heathers felt really special. I put my mind to something and made it happen.

What is your favorite food?
I love Greek food… and by “Greek food” I mean Saganaki, because if there’s anything I love more than cheese, it’s cheese set on fire and delivered to your table.

What is your favorite condiment?
Hellmann’s Mayonnaise. If it’s not Hellmann’s, it’s not mayonnaise… and if you bring me Miracle Whip I hope you get throat punched.

What is your current obsession?
I love sex columnists and I love podcasts. So Esther Perel’s podcast “Where Shall We Begin” is blowing my mind. She also has a great book called “Mating in Captivity” about keeping eroticism alive in long term relationships. She’s a goddess and it should be required reading for anyone with reproductive organs.

If you could give up one of your vices, what would it be?
I’m no quitter, and I love them all too much… but I have a pretty bad love affair with what my friends call “Florida Nachos” aka lots of cheese microwaved on top of tortilla chips. No meat, no tomatoes, no beans… just cheese and tortillas.

What is the one professional accomplishment you long for most?
I want to be an EGOT recipient. They are silly awards. But they do mean something and I’d be lying if I said I didn’t want to be recognized in this way. That and I want to work with Dame Judi Dench.

What is the one thing you waste too much money on?
I Amazon Prime everything now. It’s changed my whole relationship to New York.

What is the one activity you waste too much time doing?
Procrastinating.

What do you consider to be the single greatest threat to your health?
Florida Nachos.

What is the single best trait you inherited or learned from your parents?
Someone recently told me that I have an incredible ability to immediately read people. My mom is the most street-smart and intuitive person I know. She taught me to follow my gut… and I have to say it’s usually pretty right.

What is the single worst trait you inherited or learned from your parents?
Well, I wouldn’t say it’s a bad trait – in fact it has gotten me pretty far in a lot of areas in my life. But my dad is the king of finding any and every loophole or grey area to capitalize on. I try to use this power for good and not evil. I’ve become very good at “Life Hacks”. But just because you can do something doesn’t mean you should… so it could be a bad trait in the wrong hands.

What in the world most thrills you?
When I see a truly incredible performance. It does not happen often, but when the stars align, it’s the most thrilling thing in the world.

What current trend in popular culture most irritates you?
I may get in trouble here…but this trend of putting “trigger warnings” before a lecture, or podcast, or a conversation really irritates me. Not because I don’t believe people who have experienced trauma deserve compassion and consideration. But because it feels like it’s become in vogue to search for your own personal victim status and claim PTSD. Having experienced something difficult, uncomfortable, or upsetting doesn’t mean you have PTSD, and it belittles the experience of those who do.

What was the single most embarrassing moment you’ve ever experienced on the job?
There was a show where I sang “Up On the Roof” just a little bit too high at the end. I cannot explain to you how dissonant and ugly it sounded. I could feel the audience cringe. I then got in my head about it and proceeded to make the same terrible nails-on-chalkboard mistake for FOUR MORE SHOWS. It was like watching a car crash…except you are the car… and then a bus, taxi, and cyclist hit you immediately after.

What is your favorite place in the world?
I love traveling too much to pick one. Right now I’d say Rio, Madrid, and my apartment. I love my apartment.

What is the most important trait you seek in a romantic partner?
Drive (and kindness).

Do you prefer the company of dogs or cats?
Dogs. Specifically my guy Cooper who I rescued a few months ago. I’m not proud of this, but I can’t let myself completely trust cat people.

What would have to happen to make today the best day of your life?
I wake up to a phone call from my agents telling me that Judi Dench chose me to play her grandson in her new movie. I go out to the kitchen and there’s a fresh French press coffee and a warm chocolate chip walnut cookie from Levain Bakery on top of last night’s winning lottery ticket worth $200,000,000. I turn on the TV to find that Mueller has concluded his investigation and Donald Trump is being sentenced to life in prison and that he lied about his wealth…he’s super poor. I go to the gym and end up working out with Ryan Reynolds. We become such good friends that he invites me to a dinner that Ira Glass is throwing. It’s an early dinner because I have to make it to my Broadway show before I go home and cuddle up in bed with my dog Cooper as it thunders outside…I really love thunder storms.

What is your personal motto?
Live Life. Oh and my mom once said “never do two illegal things at the same time”… I think that’s pretty sound advice.