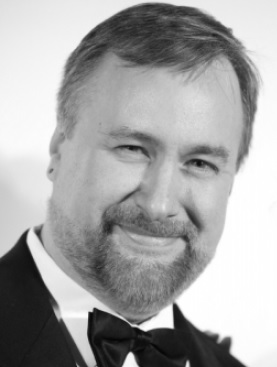 Gabriel Shanks is a man who loves the theater. A stage director, writer, arts leader and teacher, Gabriel is currently the executive director of The Drama League, one of the nation's most prestigious organizations for artists and audiences. In 2013, he opened the Drama League Theater Center and launched the organization's first ever Resident Artist Program, supporting the development of dozens of new theater works each season. The Drama League Awards, which occurred today, honors the theatrical talents on Broadway and off. Gabriel is giving a driving force in the New York Theater and we are very excited to have him On the Couch.

What do you consider to be your best asset?
During my time at The Drama League, I've been able to nurture really fantastic young artists, especially in our fellowships and residencies collectively known as The Directors Project. It's gratifying to me to see talented people reach their potential, and I think I've become pretty good at helping them do that.

What was your proudest moment?
Personally, it's probably when a show I co-directed, The Village Fragments, won an Obie Award for the company Peculiar Works Project. I was so proud of all of us who worked on that show; we created something really special. For The Drama League, it was a pretty great moment two years ago, when two of our directing alumni swept the Tony Awards for Best Director: Pam MacKinnon for Who's Afraid of Virginia Woolf, and Diane Paulus for Pippin. We'd had directors win the Tony before, but never both awards in one year. And the fact that they were two strong, talented women was especially gratifying.

What is your favorite drink?
In the winter, bourbon. In the summer, tequila. I drink seasonally.

What is your favorite food?
Hands down: barbecue. One of my favorite things about New York City is the overwhelming number of BBQ joints. Some of them are spectacular, and it feels like an event when you eat food that takes such attention and care in its preparation. If you're doing it right.

What is your favorite condiment?
I'm generally anti-condiment. I even eat salads dry a lot of the time. I like to savor the flavor of the vegetables.

What is your current obsession?
I'm currently fascinated by some musical artists. Spotify changed the way I discover new music; I listen to it on the subway and when I'm walking or exercising. Shamir and Purity Ring are some current obsessions; I also love this Swedish band, Little Dragon. And Rumer: she's amazing! She sounds like vintage Bacharach retooled for the 21st century. The new Alabama Shakes and Kendrick Lamar albums are pretty great, too. But if the cast recording of Hamilton were out, it would be on constant repeat.

If you could give up one of your vices, what would it be?
I quit smoking about six or seven years ago, which was a big one. Most of my other
vices I like, frankly.

What is the one professional accomplishment you long for most?
I'm really lucky, because I deeply love my job. It's incredibly fulfilling; we're doing important work in helping young artists stay in the field and create exciting art. So I don't long for anything professionally that I don't already have. I wish I had time to direct more…does that count? Oh, here's one: I'd like to open an artists' colony or retreat center someday. I have my eye on a village in Spain; maybe someday it will come to fruition!

What is the one thing you waste too much money on?
Chinese delivery! I don't like to cook, because I'm not very good at it, frankly. So unless my husband is cooking (and he's a brilliant cook), I'd prefer to go out to restaurants to eat, or worse, to order delivery. I could save a fortune if I'd just learn how to function in the kitchen! Seamless.com is the devil.

What is the one activity you waste too much time doing?
Too much television. TV is having a great moment, with so many terrific programs…many of which have playwrights or stage directors I know as their showrunners or writers. But there's simply not enough hours in the day. My DVR is packed, and I need to get choosier about what series I'll commit too. Thank God Mad Men is over…one down, eighty-three million to go!

What do you consider to be the single greatest threat to your health?
Personally, I don't exercise enough, or watch my weight enough. Culturally, I think we're looking at some ecological disasters that are going to have serious health implications for all of us. Jeremy Pickard of Superhero Clubhouse really raised my consciousness about eco-theater and the responsibility artists have to address these issues.

What is the single best trait you inherited or learned from your parents?
From my mother, I learned how to be kind…I think it's an incredibly underrated thing, the capacity for kindness. From my father, I learned how to survive when the going gets tough. He's a survivor of so many struggles, from his childhood all the way to today. He faces those struggles with a lot of grace, a lot of honesty, and a sense of humor. I hope I handle adversity as well as he does.

What is the single worst trait you inherited or learned from your parents?
The impulse to respond immediately to a problem. My entire family jumps in headfirst, without thinking; I think learning to take a breath, sit back, and think before you speak is something I want to get better at.

What in the world most thrills you?
Great art. I feel like the universe stops when I watch a great dancer, or experience a brilliant play, or hear a dazzling piece of music. Art is the great joy of my life.

What current trend in popular culture most irritates you?
A trend? I don't know if it's a trend, but I'm disturbed by our collective obsession with the surface of things, at the expense of depth and nuance. We have enormous, earth-shaking problems – the environment, poverty, human rights, gun violence, wealth inequality, famine, xenophobia, fundamentalism – and instead of educating ourselves and acting on these issues, we distract ourselves with Kanye and the Kardashians. America's news outlets have really let us down, of course, but it's our fault…they only cover what we will watch, and we won't watch depth. Personally,I've had to piece together all these alternative information sources – VICE News,the BBC, Al Jazeera, the New Yorker, etc. – just to get a clear, in-depth picture of what's happening in the world.

What was the single most embarrassing moment you've ever experienced on the job?
I don't get starstruck very easily, because celebrities are a frequent part of The Drama League…and after all, they're just people. But I do freak out a little when I think someone is really, really talented…it doesn't matter who they are, I'm a sucker for talent. A number of years ago, Eddie Izzard was in the Roundabout's revival of A Day in the Death of Joe Egg, and I thought he was just brilliant. So at The Drama League Awards, I got introduced to him by a friend…and suddenly, without warning, I completely lost the power of speech. I literally made gurgling sounds. I couldn't get a word out, I was so in awe of him. I must have seemed a complete idiot.

What is your favorite place in the world?
I have two. For cities, it's Barcelona. It has the culture and vibrancy of New York, without the stress or the horrible winters. For non-cities, it's St. John, in the Virgin
Islands. It's one of the most beautiful, serene places in the universe.

What is the most important trait you seek in a romantic partner?
I've actually been with Dennis for 24 years; when people ask me how we've made it so long, I tell them it's our ability to compromise and communicate. We're not always perfect at it, but without those two things, I don't think romance stands a chance.

Do you prefer the company of dogs or cats?
100% Dog Person. I love dogs…they are the only beings in the world who love you unconditionally and constantly. I'm the proud parent of a 14-year-old dachshund, Kylie. Cats, on the other hand, just seem like the mean girls I went to high school with.

What would have to happen to make today the best day of your life?
Great question! Well, it would start with some heretofore unknown distant relative dying and leaving me billions of dollars. For lunch, it's probably having coffee with Kylie Minogue or Neil Degrasse Tyson (or both!) while time-traveling back to see Marvin Gaye record “What's Going On.” And the day probably ends with me on my own private island in the Carribbean, watching Auntie Mame in my own personal drive-in movie theatre.

What is your personal motto?
From Rainer Maria Rilke: Be patient toward all that is unsolved in your heart, and try to love the questions themselves.