The Broadway season, which either officially or unofficially ends on the Tony Award eligibility cut-off date, Thursday, April 25, is nearing its inevitable conclusion.  Of course, Broadway seasons have a unique way of winding down and winding up at the exact same time, as we transition from nightly openings to nightly galas and awards ceremonies.

Among this week’s opening nights was that of Hadestown, marking the long awaited SPIDER-MAN Turn Off the Dark reunion of Reeve Carney and his recurring foil Patrick Page, and their recurring flak Rick Miramontez (who hates it when I mention him but never minds when Cindy does).

You’ve seen the reviews, so you know how superb the show itself is.  Here’s what Jesse Green failed to mention:

The party took place at Guastavino’s — an appropriate venue as it’s both a kind of literal underworld, and also the last stop before the figurative hell of sitting in standstill traffic on the perfectly named Ed Koch Queensboro Bridge.  Taylor Schilling got cozy with Amber Gray in a corner of the tiled, cavernous space, while Josh Groban worked the room as if running for mayor (maybe one day they’ll name a terrible bridge after him).  André De Shields was sporting custom made gold Hermes inspired sneakers.  I greeted him with my signature, “Good to see you!” He responded with his signature, “It’s good to be seen!”  It’s a loop we’ve been in since the mid-80’s.

Midnight marked Carney’s birthday, and the celebration shifted focus from the show to its star.  By 1:30 a.m., when Anaïs Mitchell had a glass of red wine in one hand and her stilettos in the other, Guastavino’s hardworking staff finally got the cast to leave.  Not content to call it a night, the thesps decided to continue the celebration at famed Upper East Side gentlemen’s bar, The Townhouse.  There they stayed until nearly 4:00 a.m.  Some went home alone.  Some didn’t.  Who was who, I’ll never tell.  Sounds like heaven and hell all mixed into one.

Saw Glenn Close celebrating a play about another great lady who deserved to win at the opening night of Hillary and Clinton.

Witnessed Richie Jackson introduce Mayor Pete Buttigieg to an enthusiastic crowd at the fundraiser he and husband Jordan Roth threw for the presidential hopeful at their West Village home.

Overheard Mary-Kate Olsen asking a stone-faced barista if there was a way to get more caffeine into her iced green tea.

Caught U.S. Attorney General Bill Barr in a web of his own deceit.

As always, a toast of something sparkling to you and yours. 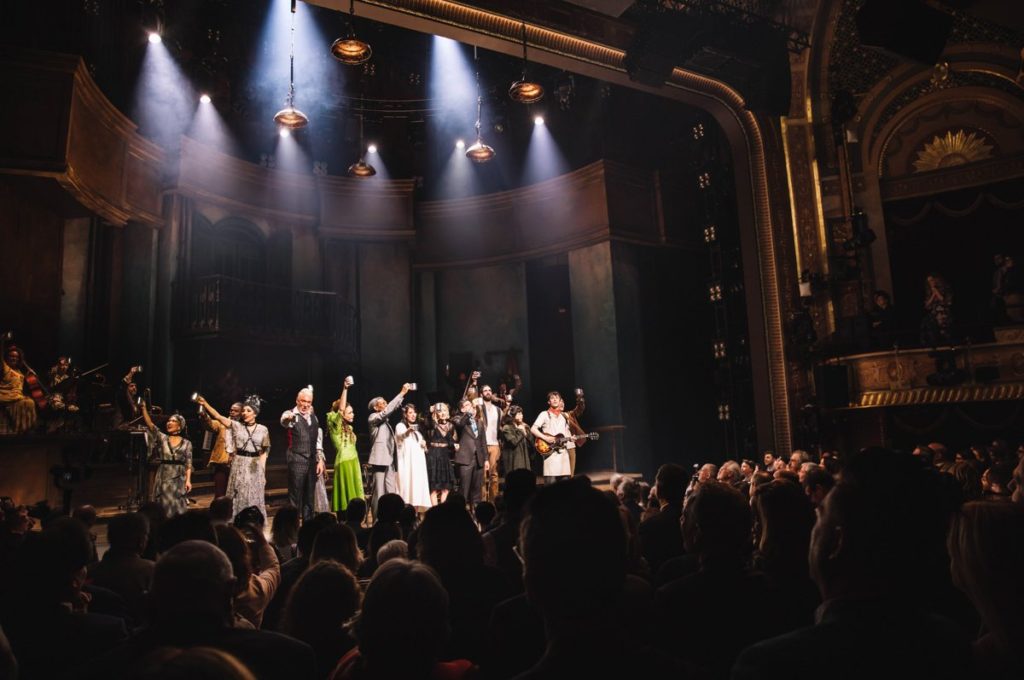