I’m bereft. The losses of towering talents keep piling up.

I first met Doris Roberts in 1966, when she was playing the role of Miss Punk in the Broadway comedy, The Office. At the time I was running in Tony Lo Bianco’s circle of acquaintances, and a handful of us turned up to first preview. Doris ran away with the show, and I predicted in my column that she’d be the breakout star of what was bound to be the hit of the year. Well, that column ran on April 28. The show closed two days later, never having made it to opening night. The show may have been a flop, but our friendship flourished. It took another ten years or so for her to hit her stride in Hollywood, with a string of character roles that kept her constantly busy. It would take her thirty years before becoming a true household name and television icon, with her role as Marie Barone in the smash hit sitcom, “Everybody Loves Raymond.”

Doris was a pistol the entire time I knew her. She didn’t suffer fools, and she didn’t pull punches. She was unabashedly herself, and never hid her mood, whether she was giddy or cranky. You always got the real Doris. I found this delightfully refreshing in the sanitized world of Hollywood, but on many occasions she rubbed people the wrong way. At one of Estelle Getty’s legendary pool parties in the 1970’s, Doris snapped at Rip Taylor for walking in on her going to the bathroom without knocking. The confrontation escalated, until- she grabbed a bowl of hot salsa and threw it right in his face. He started shrieking, “I got habaneros in my eyes! I got habaneros in my eyes!” The burning must have been quite intense, because before we knew it he was sprinting out of the house, mowing over the screen door, onto the patio, and jumping directly into the pool to rinse off. The two didn’t speak for three years, until they were both appearing on the same episode of “The Gong Show,” and Doris send a bushel of fresh habanero peppers to his dressing room, with a note saying, “You’re still hot. Love, Doris.” From then on, the two were inseparable.

I like to think that she and Estelle Getty are poolside somewhere, giggling over banana daiquiris.

As for Prince, I don’t even know what to say. Though I didn’t know him personally, only through his music, the loss still weighs heavily on me. He was one of those rare glorious creatures, unabashedly weird and supremely talented. I don’t know why these types seem especially inclined to leave us so soon. But perhaps we should just be grateful to have been graced by their gifts, if only briefly.

Caught Kathie Lee Gifford popping into Dear Evan Hansen for a second visit, this time with three friends in tow. Word-of-mouth in action!

Spotted the bright star of Bright Star, Carmen Cusack, posing for a photographer in front of the Cort Theatre looking chic and modern in patterned dress and a white leather biker jacket.

Overheard Frank Rich calling The Humans the best play he’s seen in years, after hosting a conversation with the Stephen Karam, Joe Mantello, and the entire cast, for a special live version of the American Theatre Wing’s “Working in the Theatre” series.

Saw Lea DeLaria, who will be hosting The Obie Awards, catching The Effect at the Barrow Street. 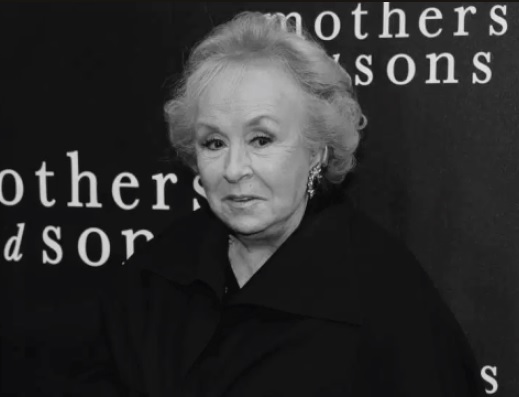