As usual, my dear, old friend Liz Smith has laid bare, with her signature Texan bluntness, the state of our declining business in the internet age in a just-posted sit-down for the New York Times. There are probably fewer than a dozen of us left, churning out copy about Kim and Kanye while secretly reminiscing about Liz
and Dick, and none of us are immune to the realities of the diminishing power of print media, the shifting nature of celebrity culture, and devaluation of the “star” columnist. But only one of us had the gumption to speak in such candid terms about it, and I applaud our fearless colleague for doing it. There.

Now, speaking of going on the record with surprising candor: an old drinking buddy of mine (I use the word “buddy” loosely, but the word “drinking” extremely literally) achieved other-level prominence this past week with a bold (and, at times, unhinged) ascent to the top ranks of the Trump administration. Yes, I’m speaking of none other than Anthony “Mooch” Scaramucci, who was just named White House Communications Director (or, as George Orwell might have called the position, “Head of The Ministry of Truth”). He seemed to be a perfect fit for the role – a sort of scrubbed-and-polished Trumpian Mini Me – until he broke the cardinal sin of the Trump White House: he’s suddenly getting more attention than his boss. And not the good kind, either. His expletive-laden, on-the-record take-down of his West Wing brethren published by the New Yorker sent shockwaves through the administration and I hear tensions are at a boiling point. It was an ugly first week. No, I never knew Mooch that well, but we did used to throw a few back at the Bull & Bear when he was at Goldman back in the early nineties. I actually was the one who first started calling him by his nickname and, contrary to popular belief, it’s not because of the third syllable of his surname. No, I called him Mooch because, despite the fact that his annual bonuses were more money than I’d see in my lifetime, he always stuck me with the bill. And the man didn’t drink the cheap stuff. Well, he was a prick then, and from what I can tell not much has changed.

Tidbits from around summer towns…

Spotted Alec Baldwin heading into a Barry’s Bootcamp class in Amagansett after fueling up on Jack’s Stir Brew.
Overheard a hair stylist on Madison Avenue bragging that Lindsay Lohan is a regular to an unimpressed passerby.
Saw Gillian Jacobs being escorted through SiriusXM studios by Ronnie the Limo Driver. 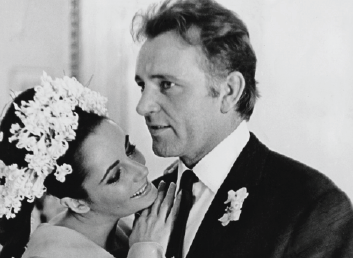