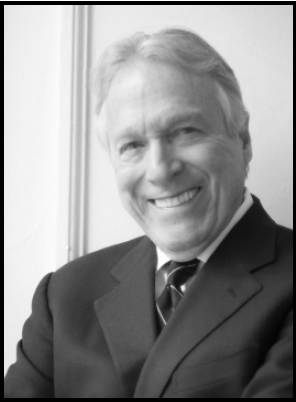 Greg Mullavey is reveling his life in the theater, his life on the screen, his life as an actor. This season, you can see him at the Westside Theater, where he is making sold out audiences laugh and cry seven nights a week with fellow star of the stage and screen Marlo Thomas. His career has been long and fruitful, best known for his role as Tom Hartman in the hit television series “Mary Hartman, Mary Hartman”. Most recently, he was featured as the hilarious grandfather in “iCarly” on Nickelodeon. We are so happy Greg took a few minutes to answer some questions On the Couch!

What do you consider to be your best asset?
My work ethic. I love to rehearse and explore material and flourish in that process

What was your proudest moment?
Hands down – the birth of my daughter Allison. I was there with my wife Meredith MacRae doing the heavy pushing for her 'coming out party'. Forever a 'Dad’!!!!!

What is your favorite drink?
Coffee.

What is your favorite food?
Vegetarian pizza.

What is your favorite condiment?
Dijon mustard and hummus.

What is your current obsession?
Watching all of Ingmar Bergman's films on Hulu.

If you could give up one of your vices, what would it be?
Coffee.

What is the one professional accomplishment you long for most?
King Lear. I did it as 'Lear' in 1999 and feel I have lived more and have even more to bring to his journey now.

What is the one thing you waste too much money on?
Food and supplements. I'm a Whole Foods, health food store and online buyer of too much.

What is the one activity you waste too much time doing?
Old movies, sports, current movies, and TV shows. As a voting member of both the TV and Film Academies I am obligated to watch … and so I am duty bound for more watching aren't I?

What do you consider to be the single greatest threat to your health?
Watching too many of the above and not getting off my duff and exercising.

What is the single best trait you inherited or learned from your parents?
Work ethic.

What is the single worst trait you inherited or learned from your parents?
Procrastination. Pending. I'll figure it out tomorrow and tomorrow becomes weeks and…

What in the world most thrills you?
Discovery when working on a script…aha…Let me  try this ..then I have it .. Innovation infatuation, impulse and ideas. Discovery of a newness both in performing and rehearsal. It's the thrill of that ride that sends life bumps to my core.

What current trend in popular culture most irritates you?
Celebrity worship of people who don't have talent coupled with 'reality' shows that are 'scripted.' Bummer!!

Once in a play, The Last Seder, a few years ago in a bathtub scene in which I was supposedly naked but was wearing a flesh colored thong. As my 'wife' Kathryn Kates was slipping a robe onto me the thong thing got hooked and my 'thing' was briefly exposed and I was red faced for the rest of the scene gripping my robe round me as if it was the only safe haven.

What is your favorite place in the world?
Paris.  Even more so now that other events are trying to darken the City Of Light.

What is the most important trait you seek in a romantic partner?
A sense of silly and humor.

Do you prefer the company of dogs or cats?
I love them both but since I only have a cat now I know that Desmond (Dez) would be most offended if I didn't say CATS!!

What would have to happen to make today the best day of your life?
Arthur Miller somehow was still alive and wanted me to play Willie Loman in Death Of A Salesman with Elia Kazan directing.