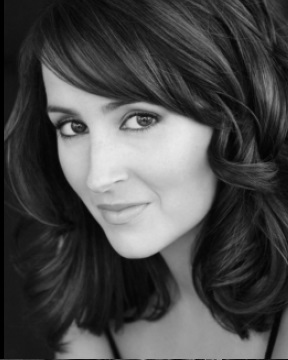 You'd be loath to find a brighter star than Hannah Elless. An up-andcoming Broadway talent with a presence both gentle and irresistible, Hannah began her career with the national tour of Mamma Mia! In 2002. Her debut on the Great White Way came in 2011 as a performer in the revival of Godspell. This season, Hannah plays the quirky bookworm Margo Crawford in Edie Brickell and Steve Martin's Bright Star, which opened yesterday at the Cort Theater. This week, we are thrilled to have the charming Hannah Elless On the Couch.

What do you consider to be your best asset?
My tenacity.

What was your proudest moment?
I think it will be March 24th, 2016 when I take a bow for originating my first principle character in a completely new and original Broadway show!

What is your favorite drink?
(Half-caf) (Hemp Milk) Mocha.

What is your favorite food?
My Grandfather's split pea soup.

What is your favorite condiment?
Salt. I'm a professed chip-holic!

What is your current obsession?
Overalls.

If you could give up one of your vices, what would it be?
Probably, overalls.

What is the one professional accomplishment you long for most?
The best film; the best theater; the best story telling.

What is the one thing you waste too much money on?
Oh NO, this is getting embarrassing… overalls!

What is the one activity you waste too much time doing?
Editing photos on my phone.

What do you consider to be the single greatest threat to your health?
This political season.

What is the single best trait you inherited or learned from your parents?
Great skin!

What is the single worst trait you inherited or learned from your parents?
Weak ankles.

What in the world most thrills you?
Creation. The outdoors.

What current trend in popular culture most irritates you?
Opportunity given based on social media numbers.
What was the single most embarrassing moment you've ever experienced on the job?
I was playing Belle in Beauty and the Beast… in the ballroom scene I spun under the Beast's jeweled jacket and when I looked back at him I saw my wig hanging from his sleeve. Haha! Live theatre!

What is your favorite place in the world?
Home.

What is the most important trait you seek in a romantic partner?
Curiosity for life. Quick to forgive. Laughter.

Do you prefer the company of dogs or cats?
My Pomeranian would be SO upset if I didn't say dogs.

What would have to happen to make today the best day of your life?
I feel like if I say it out loud it won't happen!!

What is your personal motto?
Anything's possible with people.