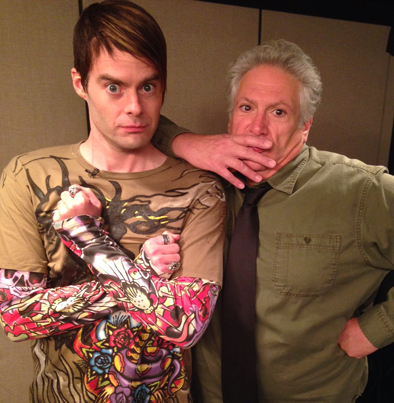 I definitely wouldn’t define myself as a party animal. In fact, I prefer to indulge in a sweet Merlot and cuddle up with my copy of “Remembrance of Things Past” on a Saturday evening. But, when I got the call that the legendary Harvey Fierstein would be appearing on the equally legendary Saturday Night Live, I shot down an espresso and headed to NBC Studios. When I arrived, I stepped into a fantasia of comic genius. My first Photo of the Week is an intimate moment between Harvey and the famed NYC club promoter, Stefon, played by SNL veteran, Bill Hader). The sketches were spectacular. The show was spectacular. I have to stay up more often.