Within hours of Gayle King, Bebe Neuwirth, and Brandon Victor Dixon breezily tag-teaming the Tony Awards nominations announcement for CBS, I was on a JetBlue flight to LAX.  I, frankly, needed to get as far away from the insanity as possible, or risk succumbing to my recurring case of Tonys Fever.  And who should I run into within minutes of landing but Lord Andrew Lloyd Webber himself.  Not the respite from all-things-theater that I’d hoped!  He was in town taking meetings on a new project, all of which sounded very hush-hush and very exciting.  I begged him to give me some juice, and assured him I’d keep it between us, but he knows me too well.  “Yes, Scoop, I’ve no doubt you’ll keep it solely between you, me, and five-thousand of your closest readers.”  I tried not to take offense at his paltry estimate of my readership, and decided to ask no more questions.

Before checking into Mr. C. Beverly Hills, I swung by Interscope Records, on a hot tip from a music industry contact about a hip-hop theatrical venture they might be involved in.  I couldn’t get past security.

At least my hotel upgraded me to a suite.  After getting cleaned up, I took an Uber over to the Polo Lounge.  I didn’t have a dinner date, and figured I’d run into at least a few of my old pals hanging around the bar.  The place was empty, save for a few foreign tourists and a tumbleweed blowing by the host’s stand.  I was stunned!  I’ve never known a time when you could walk into the Polo Lounge and not find a sea of familiar faces.  It’s where Warren Beatty and Vikki Carr taught me how to do a tequila shot.  It’s where George Gershwin tried to accompany me on the piano, but when I kept getting ahead of the music, he slammed down his drink and stormed out.  It’s where Herb Alpert snuck under my table and tied my date’s shoelaces together as a prank.  (It wasn’t so funny when the poor guy got up and fell forward, breaking his nose, and insisting that Herb drive him to Cedars to get bandaged.)  It’s where my mother asked Harvey Fierstein to take her to a gay bar, and he replied, “Oh cookie, I don’t think so.  I don’t do mothers.”  It’s where I thought Jack Nicholson was offering me cocaine, but he was actually just trying to hand me a mint because, “My god, they must have put a lot of garlic in your gazpacho, Scoop.”

Well, I wasn’t going to linger in a cold-as-ice former hot-spot, so I picked up my phone and called my old friend Tita Cahn to ask her where the hell had all the luminaries had gone.  “Oh, Scoop,” she scolded, “We can’t go there anymore!  The owner’s in big trouble with Rosemary Clooney’s nephew.”  Well, it turns out that was she meant was that the Sultan of Brunei had recently enacted some barbaric anti-gay laws, and George Clooney launched a boycott of his entire hotel collection, including the Beverly Hills Hotel, where Polo Lounge is situated.  I panicked that Mr. C was one of his and I’d have to give up my plush suite, but a quick google search confirmed that I was able to keep my room.

The next morning, I woke up and got the first flight back to New York.  Broadway during Tony Season seemed positively sane by comparison.

Saw Anna Wintour mingling with admirers at intermission of Hadestown.

Overheard a middle-aged fan propose marriage to Ain’t Too Proud’s Ephraim Sykes at the stage door.  He politely declined. 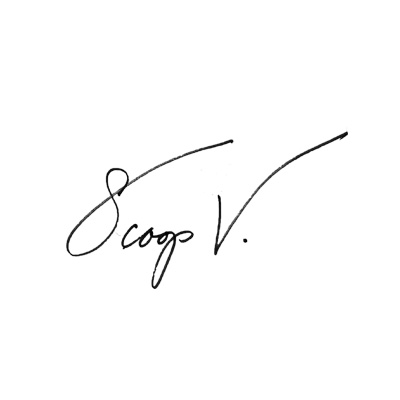