Hilary Kole and her band, moments before hitting the stage.

I can’t take this weather! Palm Springs was hot, but at least it was a dry heat.

A “Party” worth supporting!

I had a divine time at last night’s press performance of Abraham Lincoln’s Big Gay Dance Party. What I was expecting was fluffy, frivolous and foppish. What I got was a full meal of some serious food for thought! The story, which I won’t spoil for you, is told in three acts, and the audience chooses the order in which it all unfolds. It’s quite a trick to pull off, but Aaron Loeb is one clever young playwright. I sat mere seats away from Rex Reed, who is a longtime favorite of mine and a truly elegant soul. Also in the house was the fabulous Deidre Goodwin, who knocked ‘em dead as Sheila in the recent revival of A Chorus Line and who has been popping regularly on my television set ever since (I still giggle thinking about her cameo on “30 Rock” as one of the stars of the fictitious reality show “MILF Island.”)

It Must Be Kenny

Last Thursday, I met television legend Kenny Solms at Michael’s for an all-too quick lunch. Kenny, who co-created and wrote “The Carol Burnett Show,” is one of my oldest friends in the world. We met in 1969 at an Emmy party thrown by the infamous talent agent Pip Katan . It was truly one of the worst parties either of us had ever been to, and we immediately bonded over our shared disappointment about the meager selection of hors d’oeuvres. When a waitress asked Kenny if he wanted another glass of wine, he replied, “Do you have something that’s a little softer on the palate? Like turpentine, maybe?” I laughed so hard I lost a contact lens. Anyway, he’s in New York rehearsing a new play he’s written called It Must Be Him, based loosely on his own life, and he’s having an absolute blast! The cast is headed up by fellow TV vets Peter Scolari and Liz Torres, and it’s being directed by Hal Prince’s longtime associate director Daniel Kutner. I already have my single for the first performance on September 24. I asked him if Vikki Carr is going to be at the opening night. “She’s not only invited to the opening; she’s welcome to sing at the after party!” He had to cut lunch short so he could sprint back over to rehearsals, but not before Martin Short came over to pay homage to Kenny (and do a ten minute bit about the modernist chairs at Michael’s.)

The divine Hilary Kole, whom I’ve touted in columns past, just wrapped up a stint at Birdland to celebrate the release of her new album, You Are There. Her performance featured a handful of keyboard greats (all of whom are also featured on the album), including Freddy Cole, Monty Alexander, Cedar Walton, Steve Kuhn and Mike Renzi. Ms. Kole, with her enviable figure, looked flawless in a Zac Posen frock and Jimmy Choo heels-to-there. In the meantime, I was ruining my figure on Birdland’s legendary fried chicken. I spotted TV icons Mark Linn-Baker and Jane Kaczmarek in the crowd (both of whom had fabulous tables, I assure you, but thankfully neither bumped me from my home-away-from-home: Table #1). 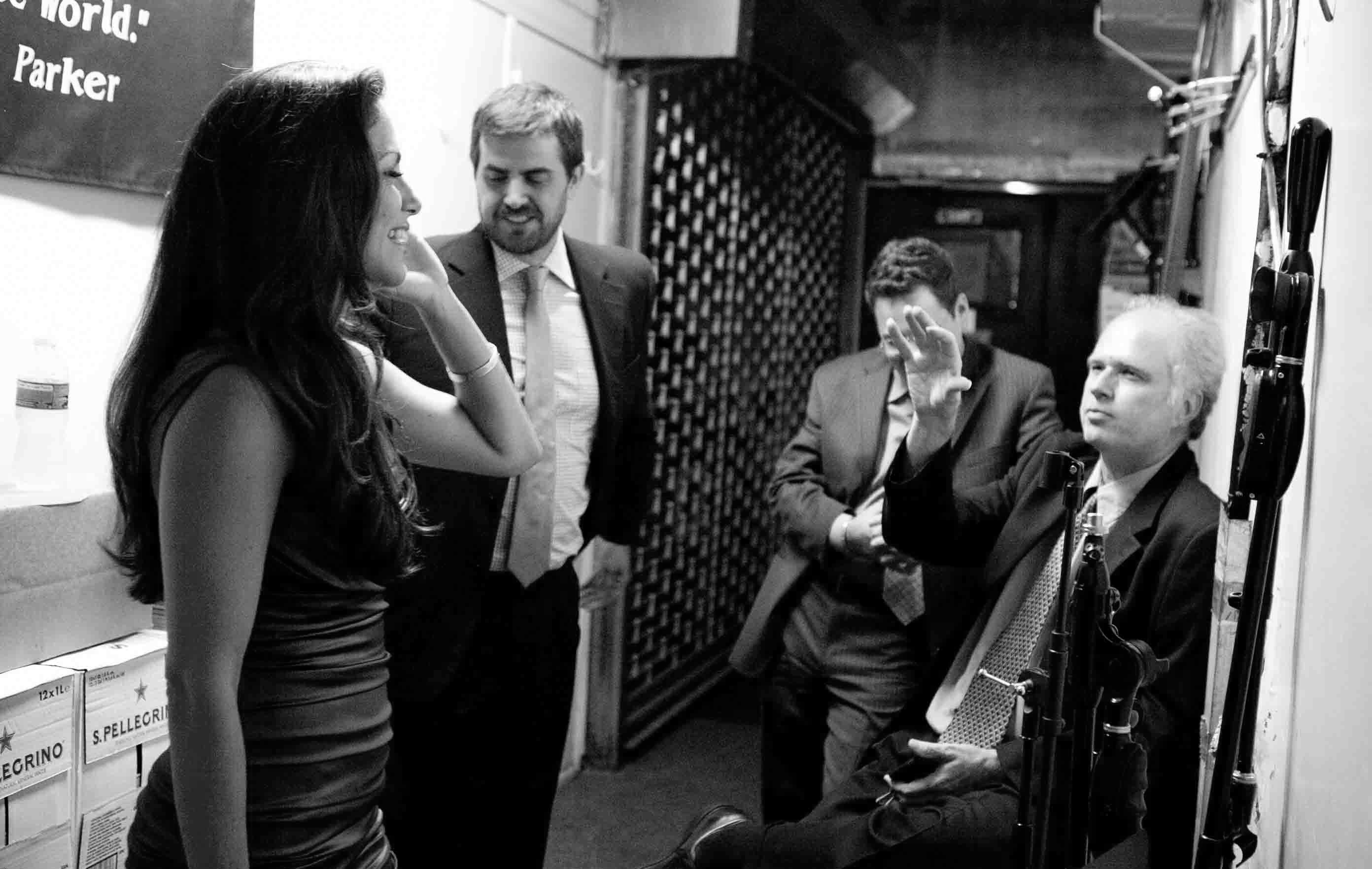