Flights from New York to San Diego are packed today with theater types heading out for the opening night of Almost Famous at the Old Globe Theatre (including scenic designer Derek McLane, who was spotted at JFK Terminal 5 this morning waiting for his JetBlue flight to SoCal). I wasn’t able to score an invite, though I had already booked my usual oceanfront room at La Valencia. Luckily it was cancelable, so no harm no foul.

Cameron Crowe, who co-created the musical based on his own film based on his own early career as a music journalist, is (of course) from San Diego, so tonight is something of a homecoming. It also marks the official debut of 17-year-old Casey Likes, who I’m told is about to be the most talked-about teenager since Greta Thunberg. The cast features a bunch of theater mainstays, as well, like hunky stage-cum-TV star Colin Donnell, Solea Pfeiffer, Tony nominee Anika Larsen, Drew Gehling, and American Idiot fan favorite Van Hughes. I’m told the entire cast and crew have been cooing over the star treatment they’ve gotten at the Old Globe, whose reputation as one of America’s greatest regional houses has only grown during Barry Edelstein’s seven years as Artistic Director.

For those of us still on the East Coast, Phyllis Newman’s great legacy as a brilliant performer, women’s health advocate, and all-around top-notch dame is being honored tonight the best way we know how: by dimming the lights on Broadway. I’ll be there to pay tribute in front of the St. James, where she earned her Tony Award for Subways Are for Sleeping.

And a public service announcement: this is your final chance to see Sea Wall/A Life, which is ending its limited engagement on Broadway this Sunday. It’s a remarkable experience thanks in no small part to the incredible performances by Jake Gyllenhaal and Tom Sturridge. Miss it and live to regret it.

Caught Millie Bobby Brown throwing back a triple espresso at Kaffe 1668. “MBB, my girl, that stuff’ll stunt your growth,” I offered. “Fake news!” the little whippersnapper snapped back. 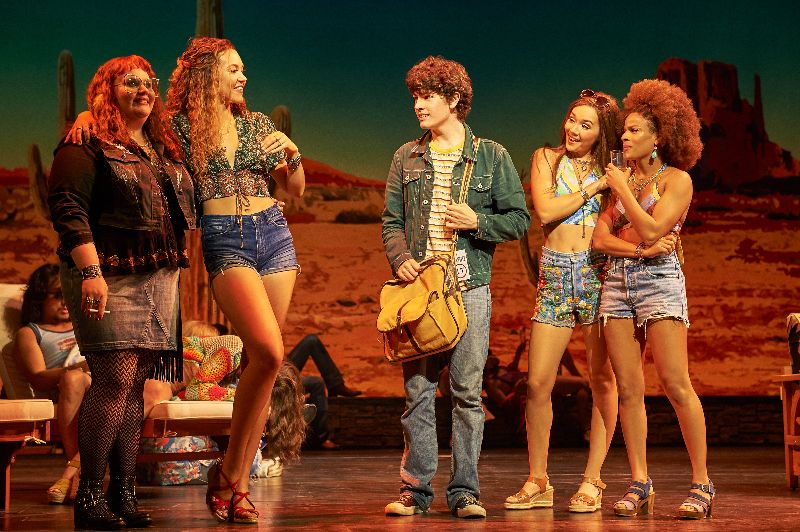