In a campaign season that has featured a record number of female presidential candidates — four of which happen to be U.S. Senators — it seems like a perfect moment to reflect on the life of a certain firebrand from New York who got thisclose to becoming the very first woman to serve in the upper chamber. I’m speaking, of course, of the great Bella Abzug. If that name isn’t familiar: a) I have cardigans older than you and b) I implore you to get yourself to City Center immediately to see Harvey Fierstein star as the progressive icon in MTC’s production of his new solo show, Bella Bella.

I, as is my wont, was there on opening night. Who else was in the house? Well, for one, none other than she who managed to do what Abzug ultimately couldn’t: become the first woman from New York elected to the U.S. Senate. Yes, she, who like Abzug, chased ambitions that knew no gender. And she, who like Abzug, ultimately failed to “shatter [the] highest, hardest glass ceiling” she swung at, but who, by putting “about 18 million cracks in it,” ensured a brighter tomorrow for (to borrow a phrase) gutsy women from sea to shining sea.

Oh, and she was there with her husband, Bill.

Seated near the Clintons, in what seemed to me like an astonishing coincidence, was Judy Collins, whose recording of “Chelsea Morning” was the inspiration for their daughter’s given name. I also spotted Ruth Messinger, yet another New York Democrat who tried and failed to rise to an elected office never before held by a woman: Mayor of New York. She ultimately lost to none other than the world’s most buffoonish defense attorney and regular lunch companion to lowlife criminals the world over, Mr. Rudy Giuliani. Life ain’t fair.

Jerry Mitchell, Jack O’Brien, Annaleigh Ashford, Shoshana Bean, Joe Machota, Doug Nevin, Dr. Barry Kohn, Ron Fierstein (Harvey’s brother), longtime MTC rep Chris Boneau, Jordan Roth & Richie Jackson, and Daryl & Steven Roth were all in attendance as well. Observing all of it was my pal Cindy Adams, who I’m sure discovered some juicy tidbit that I failed to register (as is her wont). Backstage after the performance, Lynne Meadow hosted an impromptu celebration for Harvey, where I was introduced to Abzug’s press secretary, Harold Holzer, U.S. Representative Carolyn Maloney, Marlo Thomas, and Abzug’s own daughters Eve and Liz.

The play was a perfect antidote to a dark period in American politics, and a lesson in the kind of fighting spirit necessary in order to pave a new path forward. Harvey is, as always, a master class!

Meanwhile, a few thousand miles westward, big things are happening at the Curran. Earlier this week, authors Hillary and Chelsea Clinton (Where have I heard those names before?) appeared at a Curran produced event, in conversation with Susie Buell to promote their new book, The Book of Gutsy Women. (Where have I heard that phrase before?) The next night, Ronan Farrow was on hand for yet another sold-out Curran event, talking about his new book, Catch and Kill — and I’m guessing everybody was on their very best behavior. While normally these events would take place on the stage of the Curran, Harry Potter and the Cursed Child has taken over the storied venue, forcing impresario Carole Shorenstein Hays to get creative. So, these two talks took place at Temple Emanu-El, where I once got arrested for crashing the Bar Mitzvah of a local scion from a very prominent Bay Area family in a desperate attempt to get fodder for my short-lived San Francisco Chronicle column.

Carole’s creativity is extending even beyond the bounds of San Francisco city limits: she told me all about a massive Halloween related project she’s undertaking at her property in Sonoma. She tells me she is now an eager apprentice, studying at the feet of jack-o’-lantern carving expert Malcolm C. Riv — known in the business as “Dr. Steadyhands.” She wouldn’t tell me exactly what she has planned, but there’s talk of a statewide shortage of tea lights.

Spotted theater luminaries Tom Schumacher, Julie Taymor, and Dennis Crowley in the lobby of the Soho Hotel, all in London to celebrate Disney milestones.

Overheard Emma Thompson in an impassioned conversation about Brexit with two men in suits at the Dean Street Townhouse.

Caught Kerry Washington playing a game of gin rummy with a friend at Joe Allen. 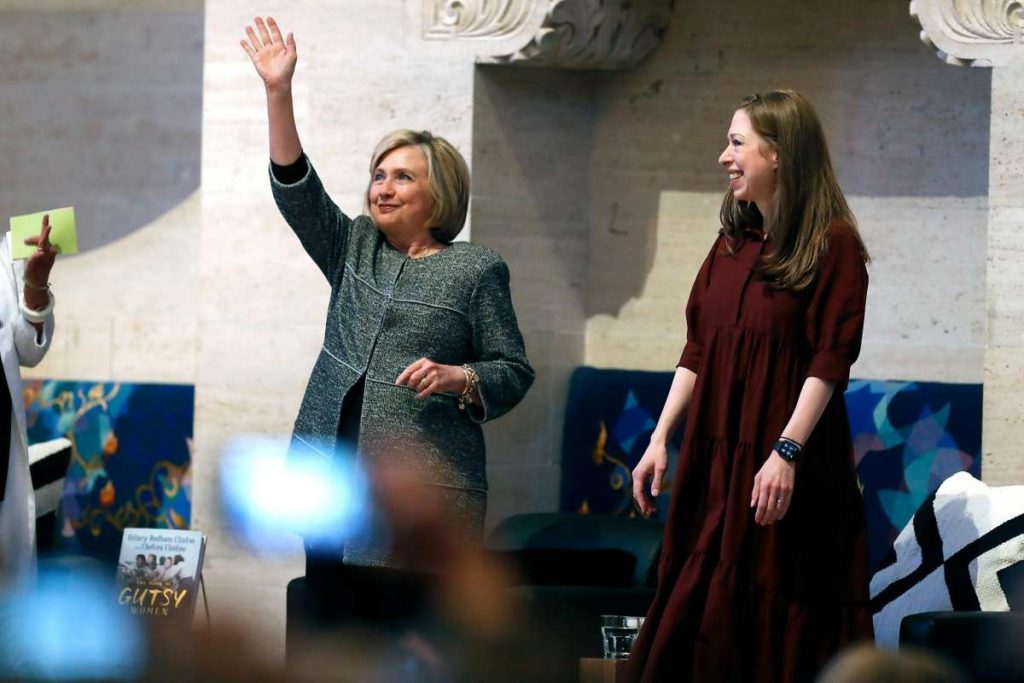