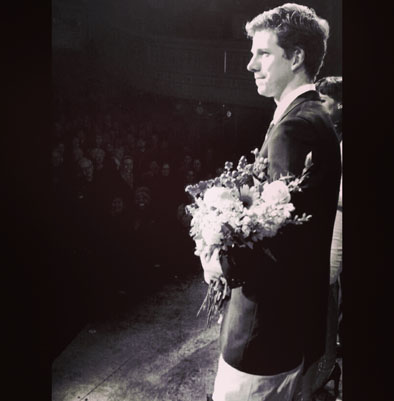 Into the Sands of- Time

The inevitable applause that marks the end of a Kinky Boots performance was of a different nature last Sunday night. Tears were in the eyes of every audience member at the Al Hirschfield Theater as Stark Sands took his final bow in the Tony Award-winning show. In this Photo of the Week, Sands cradles a bundle of flowers and looks out one final time at the house he brought down eight times a week for 356 performances. Before the cast left the stage, Sands handed his black coat to an all-new Charlie Price. Andy Kelso, an original member of the Kinky Boots cast, will fill Stark’s heels, beginning a new era for one of the biggest hits in New York City.