Either spring has sprung or my vitamin B12 injection is doing its job, because I woke up with enough energy to run a marathon!  Or walk a half-marathon.  Or, well, at the very least, watch a 5k.  What I’m trying to say is, I feel great!

We are, as any Broadway-watcher knows, one month out from the Tony nominations, so this is the final month of rational thought until summertime.  Let’s not take it for granted.

Those with a New York Post subscription (and the time to hunt for Riedel’s column amidst all those car ads and classifieds) know that awards season prognosticating is already underway.  (Of course, those with a New York Post subscription probably also think that William Barr did a thorough and unbiased job recapitulating the Mueller report.)   I am encouraging the Broadway community to tune out the noise and spend April focusing on art, rather than awards.  The month will see the opening of 10 new Broadway productions, each with its own intrinsic value that can’t be measured in gold-plated statues.

The time for ball gowns and acceptance speeches is nigh, but until then, the play’s the thing to focus on.

Meanwhile, across these United States, The Jungle has begun performances at San Francisco’s Curran, after what I’m told has been one of the most extensive load-in processes in West Coast history. The entire theater has been transformed to accommodate Stephen Daldry’s wildly immersive experience. Spring is, after all, a time of transformation.

Overheard Zach Braff asking a food cart vendor about the provenance of his meaty offerings.

Saw Jessica Lange wiping away a tear at the finale of Hadestown at the Walter Kerr.

As always, a toast of something to you and yours! 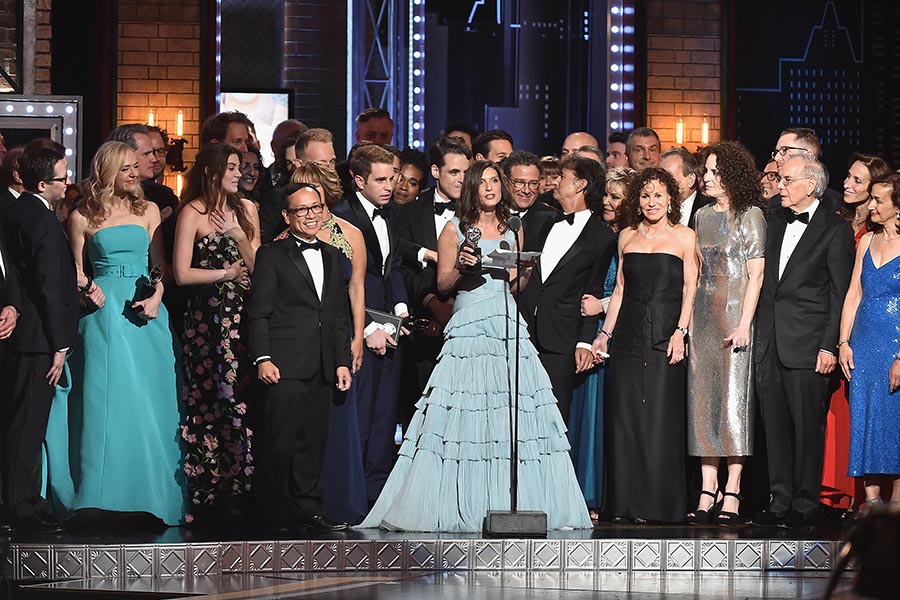