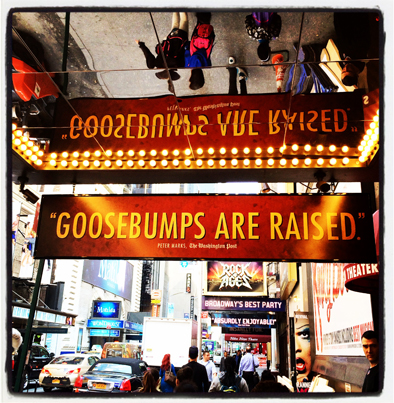 I am unabashedly obsessed with Side Show, from the story, both beautiful and heartbreaking, to the score – Henry Krieger and Bill Russell’s haunting and electric melodies! When I heard that the musical is being reimagined at the St. James Theater this season, I went wild. Now, every chance I get, I pass down 44th Street to admire Side Show’s epic marquee. In this photo of the week, we see Peter Marks’ words regarding the legendary show – a much deserved rave for all of New York City to see.