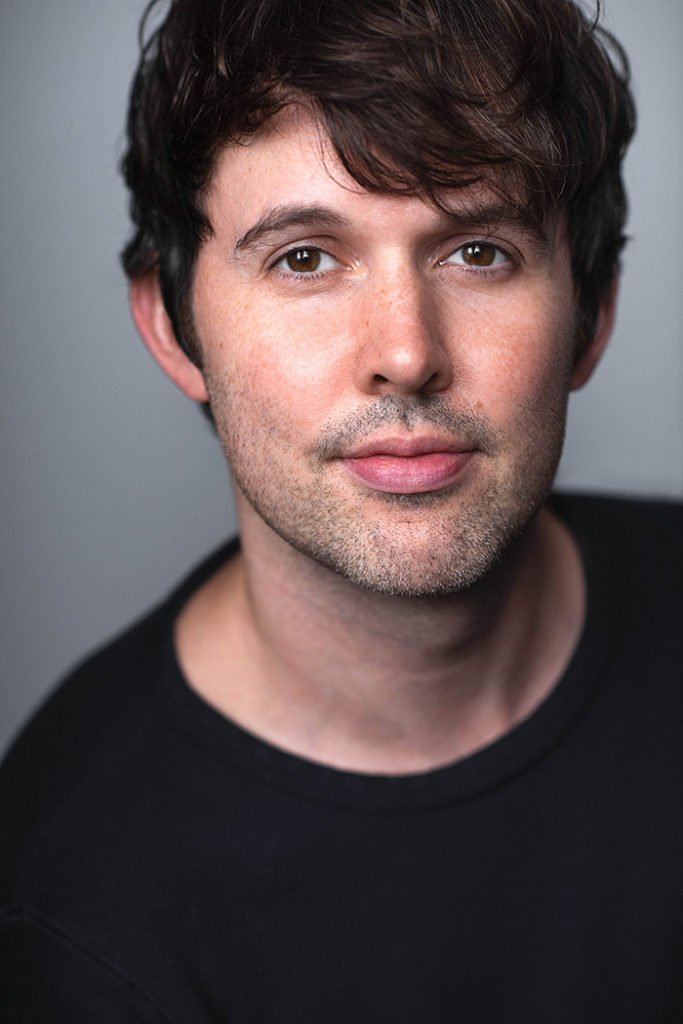 Straight from a critically acclaimed, sold-out run at St. Ann’s Warehouse, the Bard SummerScape production of Rodgers and Hammerstein’s Oklahoma! is finally here making a splash in previews on Broadway! The production wouldn’t be complete without James Davis, currently reviving his portrayal of Will Parker 8 shows a week at Circle in the Square. A graduate of the Juilliard School, James made his debut on Broadway in 2011 in John Guare’s The House of Blue Leaves, has starred Off-Broadway in the Obie winning premiere of “We Are Proud To Present…” at Soho Rep., as well as in the world premiere of The Mother of Invention by James Lecesne, and even played Juliet opposite Finn Wittrock’s Romeo in the all-male Romeo and Juliet at Shakespeare Theater Company! Ready to hear more? Lucky for us, James took time from wooing Ado Annie to chat On The Couch!

What do you consider to be your best asset?
My daily desire to be better at doing life.

What was your proudest moment?
I was a teenager living in Missouri pushing carts in a grocery store parking lot when my Mom drove up to tell me I was accepted into Juilliard. To my 18 year old existence that was pretty much unimaginable and utterly life altering. Fear, excitement, and NYC here I come!

What is your favorite drink?
Mezcal Negroni.

What is your favorite food?
Broccoli and perfectly cooked buttery brown rice is it. Maybe a runny fried egg on top.

What is your favorite condiment?
That hot sauce from Trader Joe’s.

What is your current obsession?
The current offering of foreign language films including: Shoplifters (Japan), Woman at War (Iceland), Cold War (Poland), Roma (Mexico)… all masterly.

If you could give up one of your vices, what would it be?
My cell phone.

What is the one professional accomplishment you long for most?
A juicy character arc in a Paul Thomas Anderson period film. Or maybe just redo There Will Be Blood or Phantom Thread and can I be in it?

What is the one thing you waste too much money on?
Getting drinks with friends out. NYC is very overpriced on its drinks. Who does she think she is?

What is the one activity you waste too much time doing?
Playing brick breaker on my phone.

What do you consider to be the single greatest threat to your health?
Climate change, air and water pollution.

What is the single best trait you inherited or learned from your parents?
Strength.

What is the single worst trait you inherited or learned from your parents?
I’m trying to be less of a contrarian.

What in the world most thrills you?
International travel.

What current trend in popular culture most irritates you most?
Making celebrities out of people who offer contribute nothing to society.

What was the single most embarrassing moment you’ve ever experienced on the job?
Going up in a show at the beginning of a huge monologue I had. I just started to clap my hands and said “um, um, um…” repeatedly and very loudly until saved by a castmate.

What is your favorite place in the world?
Just spent Christmas and my birthday extreme camping in the jungles of Phong Nha, Vietnam. I will never forget it.

What is the most important trait you seek in a romantic partner?
Lightheartedness.

Do you prefer the company of dogs or cats?
Cupping my cat’s ears while I say “dogs”.

What would have to happen to make today the best day of your life?
To have my Mom call and say she’s back in full physical health!

What is your personal motto?
Learn from it and MOVE ON, please.