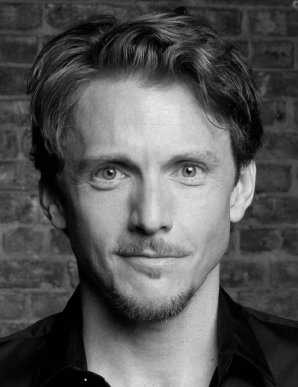 This season, Jason Danieley stars in The Visit alongside Chita Rivera and Roger Rees. A skilled actor, recording artist and concert performer, Danieley is a staple of the New York theater community. He has made his mark on Broadway, starring in shows like Next to Normal, Curtains, and Candide, for which he was nominated for a Drama Desk Award. Head to the Lyceum Theater now and see Jason Danieley move audiences as Schoolmaster Kuhn in The Visit.  For now though, check out what he has to say On the Couch!

With all humility, my singing voice.

(alcoholic) A dry gin martini with an olive (non-alcoholic) Clausthauser nonalcoholic beer of which I'm having a lot of during previews.

I have very few so I guess that would leave alcohol but right now that's off the list so maybe I should add something. Any suggestions?

To star in another musical on Broadway.

Will you lay off the drinking already?!?

The unseen evil of hereditary heart disease. But it's so much fun to play the constant game of “avoid bad things for your heart and exercise like a fiend to keep it strong”. (insert ironic reading of last line.)

The dogmatic insistence that all men/women are equal.

Snarky and mean spirited behavior as entertainment i.e., reality television, socialmedia, mindless vandalism, targeting of minorities of all kinds to ridicule or embarrass.

Our job includes auditions and I've made some bold choices in auditions, which later left me feeling a little red. Get me drunk one day and I'll share some stories… wait, I'm not drinking right now… back off!

Shouldn't this read list the most important traits you seek in a romantic partner? It's a trick question isn't it? I've been married for 18 years and I can smell a set up. (Sense of humor, of course…)

My father would come back from the dead. Too dark? Ok… I would get to go to a Broadway theatre and perform a brand new Kander & Ebb musical with Chita Rivera and Roger Rees. What? I get to do that? …and TWICE today?!? Fantastic!

“You be good, and I'll try.” Advice from my great-grandfather every time we said goodbye. That's all I can hope for.