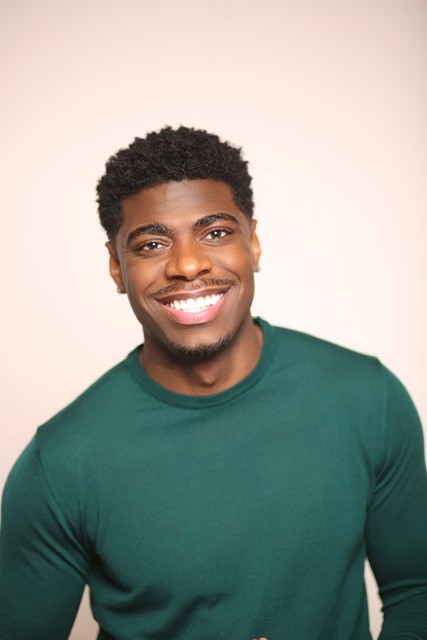 Meghan Trainor was onto something when she proclaimed that it’s “all about that bass” and we couldn’t agree more! This week we have Aint Too Proud’s Jawan M. Jackson who is giving us those velvety deep vocals eight times a week at the Imperial Theatre. But this isn’t the first time Jawan has portrayed the legendary Temptations singer Melvin Franklin in Broadway! In fact, he portrayed him in Motown the Musical. Read on to learn more about Jawan while we’ve got him ON THE COUCH!

What do you consider to be your best asset?
People say I have a nice smile. I’d like to think it’s my personality – then I win you over with my smile.

What was your proudest moment?
Booking my first Broadway show from an open call which happened to be about the city I’m from (Detroit).

What is your favorite drink?
My favorite drink is ginger ale; LITERALLY any kind of ginger ale  – I have no bias against it. I love everything about it! Wanna pull on my heartstrings? Just buy me a ginger ale, that’ll do the trick.

What is your favorite food?
Pot roast with all the fixings.

What is your favorite condiment?
BBQ sauce.

What is your current obsession?
My current obsession would have to be this movie franchise that has been turned into a TV show called “Lethal Weapon.” It’s Season 3 so far and each season has at least 18 episodes so I have a lot of binge-watching to do.

If you could give up one of your vices, what would it be?
Giving up sour patch kids!

What is the one professional accomplishment you long for most?
Hosting a television game show.

What is the one thing you waste too much money on?
Clothes.

What is the one activity you waste too much time doing?
Instagram scrolling.

What do you consider to be the single greatest threat to your health?
Sugar.

What is the single best trait you inherited or learned from your parents?
Being honest with my words.

What is the single worst trait you inherited or learned from your parents?
Procrastination.

What in the world most thrills you?
Performing in front of a live audience.

What current trend in popular culture most irritates you?
The need to record and post every moment instead of just being present.

What was the single most embarrassing moment you’ve ever experienced on the job?
Voice cracking while singing.

What is your favorite place in the world?
Maldives.

What is the most important trait you seek in a romantic partner?
Honesty.

Do you prefer the company of dogs or cats?
I prefer dogs, I’ve always loved dogs. I have one named Haarlem who’s a Shiba Inu.

What would have to happen to make today the best day of your life?
Student loan forgiveness.

What is your personal motto?
It’s one that I’ve created and shortened. “Only through God’s will, will I make it!” or as I like to say  O.T.G.W.W.I.M.I. I coined this when I was younger and would write it on every affirmation that I posted. And it stuck with me.