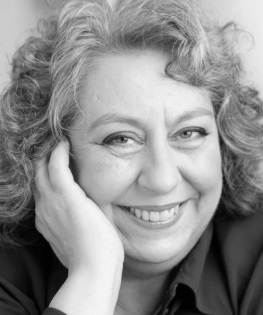 This season, Jayne Houdyshell opens the door in a moment that’s a true highlight of the season. A Tony Award-winner for her stunning performance in Stephen Karam’s The Humans last year, Ms. Houdyshell is nominated once again this season for a tour de force as Anne Marie in Lucas Hnath’s A Doll’s House, Part 2. Before these stellar few years, she was a Broadway Baby in Stephen Sondheim’s Follies and Madame Morrible in a little musical by the name of Wicked in 2006. Jayne is getting an encore On the Couch in this week’s Season Weekly, because, well, she’s Jayne Houdyshell, and because, above all, we love her!

I can read people pretty well. The human condition fascinates me.

In retrospect, moving to New York. At the time however, I felt only terror.

A chocolate egg cream. I don’t have them often, but whenever I do, I always think, “Lord, why don’t I have these more often?”

“The Night Of.” Beautifully shot, wonderfully written and directed, and my God those performances! Each character is a fully realized human being worthy of their own series. I keep going back to various episodes to revisit scenes that knocked me out…. they all hold up with multiple viewings.

That’s a trick question. I CAN give up anything. I think the real question is what am I not WILLING to give up. Smoking… so far I have not become willing.

I keep toying with the idea of teaching. I think maybe I should.

Thinking about my next meal.

From my Mother… strength and humor in adversity. From my Father….a genuine curiosity and interest in other people.

From my Father… self doubt. From my Mother…social shyness.

Oversleeping and being late for a rehearsal of “Roar of the Greasepaint the Smell of the Crowd” …. it was my first season of summer stock… I was 19. The director really let me have it in front of the company… I was totally devastated and ashamed. Lesson learned.

Small towns that are dying. Attics and barns filled with forgotten objects. Abandoned farm houses that still hold remnants of past lives lived. Sounds morbid I know, but I think that by visiting those places it’s at least a way of

Genuine kindness and respect… so much else springs from those qualities.

While I really enjoy dogs, I gotta say I’ve always lived with cats. Their combined need for independence and affection is something I relate to.

I already have it… I get to do a play I love with people I deeply respect. Any time that’s going on for me, I feel myself to be a most fortunate actor.

Never believe my own press.