No stranger to theatre, Fisher made his Broadway debut in 2016 as ‘John Laurens/Philip Hamilton’ in Hamilton, and starred as ‘Mark Cohen’ in Fox’s RENT: Live (directed by Dear Evan Hansen’s Michael Greif). He also starred on the popular Disney program “Liv and Maddie” and won the 25th Season of ABC’s “Dancing with the Stars.” He will next star in Netflix’s anticipated sequel to “To All the Boys I’ve Loved Before” alongside Noah Centineo and Lana Condor.

“Evan Hansen is a 16-course meal for an actor. The complexity of this boy is akin to climbing Mt. Kilimanjaro in my opinion,” Fisher said. “I doubt I’ll ever forget the first time I sat in the Music Box to see it, and the idea of being a part of that memory for others is mind-blowing. I’m so honored to join this amazing company.”

“Jordan’s a remarkably talented, transformational actor, and a great musician,” Greif said. “I thought he was spectacular in RENT Live, and I know he’ll be a thrilling Evan.”

The show’s now-iconic Blue Polo and arm cast are now part of the Smithsonian’s permanent collection at the National Museum of American History in Washington, DC. Click here for a behind-the-scenes video of Fisher wearing the polo for the first time.

Jordan Fisher is a multifaceted artist whose abilities as an actor, singer/songwriter, dancer, choreographer and musician span from TV to music, Broadway and film. Jordan recently wrapped filming for the Netlfix dance comedy “Work It” with Sabrina Carpenter and Liza Koshy and will star in the fandom anticipated sequel “To All the Boys I’ve Loved Before,” starring alongside Noah Centineo and Lana Condor. Fisher is currently the voice of ‘Seahawk’ in Netflix’s reboot of the classic animated series “She-Ra and the Princesses of Power,” as well as ‘Finly’ in the upcoming Netlix series “Archibald’s Next Big Thing.”

Outside of the entertainment realm, Jordan is an avid gamer and streaming partner on Twitch. Fisher streams on the platform with some of the biggest names in the business and is a heavy hitter within the gaming community alongside his friends TimTheTatman, Ninja, Dr. Lupo and Courage, to name a few. Jordan’s skill was apparent at the first ever E3 Fortnite Pro AM in 2018. He took fourth place alongside his partner StoneMountain64. Most recently, Jordan was part of the team (Llama Record Co) who won the Fortnite Summer Block Party Creative Showdown and and co-hosted the first Fortnite World Cup in July. Fisher has collectively raised more than 200K for charity from his passion for Fortnite and supports United Friends of the Children, an organization that provides support services to youth leaving foster care. Jordan will continue to share this passion and advocacy for gaming by appearing at Twitchcon and many other gaming events this coming year.

Jordan’s additional accomplishments include being the first African American to portray ‘Mark’ in Fox’s Emmy nominated “Rent Live” and being named a breakout star by MTV and People Magazine for Fox’s Emmy-winning broadcast “Grease Live!” Fisher also won ABC’s 25th season of “Dancing With the Stars” alongside partner Lindsay Arnold, and in 2018, he cohosted “Dancing With the Stars: Juniors” alongside Frankie Muniz. Jordan’s additional TV credits include “The Secret Life of the American Teenager,” “Liv and Maddie,” “Teen Beach” and “MTV’s Teen Wolf.” He has also collaborated with Lin-Manuel Miranda, performing a duet with him on “You’re Welcome” from Disney’s “Moana,” as well as joining the cast of the smash hit and Tony award-winning musical “Hamilton.” Fisher’s first single “All About Us” was the #2 most added at pop radio, and his self-titled EP debuted on the Billboard Heatseeker album chart.
***

Declared “one of the most remarkable shows in musical theater history” by the Washington Post’s Peter Marks, Dear Evan Hansen has broken all box office records at its Broadway home and struck a chord with audiences and critics alike, including New York Times critic Jesse Green, who, in his May 2019 re-review of the show, declared it “more and more ingenious with each viewing. It is more hopeful than ever.”

In addition to the Broadway production, a record-breaking North American tour is now in its second year, and Dear Evan Hansen premiered to critical acclaim in London at the Noel Coward Theatre on November 19.

The Grammy Award-winning Original Broadway Cast Recording of Dear Evan Hansen produced by Atlantic Records, was released in February 2017, making an extraordinary debut on the Billboard 200 and entering the chart at #8 – the highest charting debut position for an original cast album since 1961 – and went on to win the 2018 Grammy Award for Best Musical Theatre Album and hit Gold Record status, a rare feat for a Cast Recording. A deluxe version of the cast recording, including six bonus tracks and a pop cover from Katy Perry of “Waving through a Window” is available digitally.

A special edition coffee table book authored by Levenson, Pasek and Paul, Dear Evan Hansen: through the window (Grand Central Publishing / Melcher) is now available, offering an in-depth, all-access look at the musical, including never-before-seen production photos and cast portraits, behind-the-scenes stories, and a fully annotated script by the authors.

In addition to winning six 2017 Tony awards and a 2018 Grammy Award, Dear Evan Hansen has won numerous other awards, including the 2017 Drama League Award for Outstanding Musical Production and for the off-Broadway production, two Obie Awards, a Drama Desk Award, and two Outer Critics Circle Awards and two Helen Hayes Awards. Dear Evan Hansen is also the winner of the Broadway.com Audience Choice Awards three years running, and was just proclaimed the Best Long-Running Show and the Best Touring Production in the 2019 Broadway.com Audience Choice Awards. 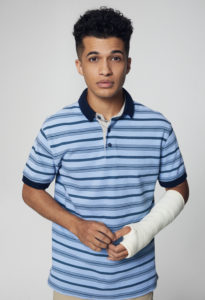