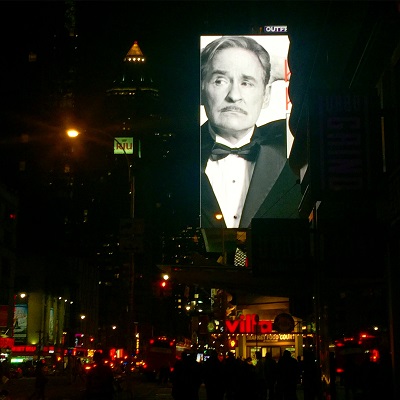 The Awards season is officially in full swing, and as Broadway is waiting in anticipation for that morning of Tony nominations, there are many events to attend, and many shows to create. Our first photo of the week was taken of 42nd Street, where one Kevin Kline seems to be watching over throngs of bustling New Yorkers. Present Laughter, starring Mr. Kline, opened at the St. James Theatre to rave reviews. Nothing like a masterful Coward play on Broadway in this day and age.