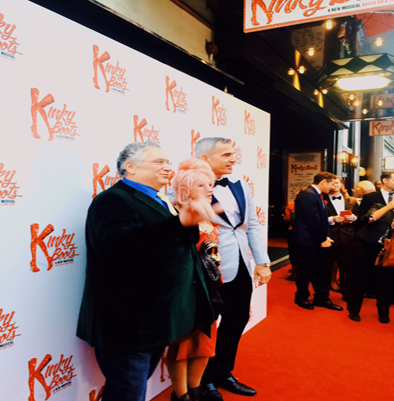 They say a New Yorker’s view of the world only extends as far as the Hudson, but for a Broadway theatrical, the perspective is far and wide. Across the pond, “Kinky Boots” had its star studded opening in London’s West End. Dream team Cindy Lauper, Harvey Fierstein and Jerry Mitchell walked down the red carpet before the show. According to audiences, London’s interpretation of the high-heeled hit was fabulous, and the British accents were spot on!