“Knowing Me, Knowing You”

A major part of my job is trying to reveal bits and pieces of public personalities that would otherwise be kept hidden from view. Some celebrities live their lives as open books (the Kardashians come to mind), but most movie stars reveal themselves to use selectively, in dribs and drabs, over the course of a career. The rarest star is the one who reveals very little. The greatest trick is getting the world to love you without ever having to show the world exactly who you are. That is what Meryl Streep has done for years, distracting us with her talent and wit so we don’t peek behind the curtain. Why hide? Well, the less we know about an actor, the more easily we believe them when they slip inside of a character.

Having met and interviewed Meryl many times over the past 30 years, I can tell you she’s a master of being warm and ingratiating without ever showing her hand. Pity to poor reporter trying to find a fresh angle.

Well, enter Michael Schulman. Yes, dear readers with above average IQs and a touch of cultural snobbery, you know that name well from countless New Yorker bylines. Well, now he’s found himself on a slightly more prominent Conde Nast arena: the mother-loving cover of Vanity freaking Fair! [Edited to adhere to The Season, Weekly’s standards and practices.] This particularly perch is his reward for penning the soon-to-be-released biography, Her Again: Becoming Meryl Streep. In the excerpt adapted for Vanity Fair’s April issue, he renders a more compelling portrait of our most treasured actress than I could have imagined, even after decades of knowing her personally. (An equally satisfying side dish: the reader comes away with a fresh understanding of Dustin Hoffman, who seems to be as complex a character as Hollywood ever created.) I’ve been a fan of Schulman’s reporting for years, and I’ve already pre-ordered my copy of Her Again.

Sat amongst the sexiest and starriest group of First Nighters in recent memory, including the likes of Susan Sarandon, Benedict Cumberbatch, Nathan Lane, Stephen Karam, Patricia Clarkson, Liam Neeson, Winona Ryder, John Cameron Mitchell, Julie Taymor and Kyra Sedgwick, at the opening night of Ivo van Hove’s breathtaking (in both the literal and figurative sense) Broadway production of The Crucible, playing at the Walter Kerr Theatre. You know the critics raved, because most of these boldfacers were still partying when I took my leave of the Pier 60 bash pretty late into the evening

Spotted American journalist Marshall Heyman seated amongst a sea of French expats at Joe’s Pub, where Gad Elmaleh (“zee French Jerry Seinfeld”) was performing his English language set. And, in accordance with New York Stage law, not a single Gauloises to be found.

Overheard at Orso: “Whoever said you don’t leave a show humming the sets hasn’t seen David Rockwell’s work on She Loves Me!” 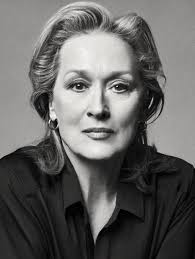