“The Lame, the Halt and the Blind”

If you think yesterday’s was the most unhinged press conference in the history of the free world, you must have skipped out on the 1994 launch of Sally Kirkland’s eyewear line. Sally and I met in 1987 when she was in the throes of her Oscar campaign for her role in Anna, and I liked her immediately. Sharp-tongued, silky-voiced, and way smarter than your average Hollywood platinum blonde. Sally’s career had stalled a bit in the years since her Oscar nomination, but she was still working regularly and remained a fixture in LA society scene, so she didn’t have any trouble turning out the media.

About two dozen print reporters (we were plentiful back then) from the worlds of entertainment and fashion schlepped out to the Glendale Galleria to lay witness to what press notes promised would be “the world’s most glamorous sunglasses from one of Hollywood’s most beloved actresses.” The set-up was odd: a-stark white T-shaped stage on the second level, adjacent to the escalator, with a single row of seating for attending press around the entire perimeter. Sally opened by telling us, “If there are two things I adore, it’s sunshine and show biz, which is why Southern California is the only place I’ll ever call home.” From there she went on about her father’s heart-breaking struggle with cataracts, which inspired her to work with an MIT-trained product engineer to create fashionable fames with lenses boasting “the world’s highest-rated UV protection.”

Well, I don’t know if something went wrong in design or in manufacturing, but it became clear as soon as the runway show started that no one had bothered to test the damn things before rushing them to market. The poor models couldn’t see a thing through those high tech lenses, so this steady stream of leggy sex kittens came shuffling down this stage, one blinder than the next. I remember one poor gal ended up crawling on all fours, feeling her way to the edge of the catwalk, before posing for the flashes, and then turning around and crawling all the way back. But it wasn’t until a particularly clumsy red-headed glamazon fell right off the edge of the stage and directly onto a Women’s Wear Daily reporter, sending her chair careering onto the down escalator, where the reporter (and her chair) proceeded to tumble all the way down to the ground level, landing bruised and bloodied in front of a soft pretzel kiosk, that they finally put an end to the whole thing.

Sally was devastated, and her eyewear collection was dead on arrival. It’s hard to bounce back from a truly disastrous press conference. But Donald Trump is still the President.

Spotted Jonathan Groff and Bee Shaffer at first preview of Sunday in the Park with George.

Caught real estate mogul and reality television star Fredrik Eklund getting handsy with a shocked-looking stranger outside of the Beekman Hotel.

Saw Emma Roberts, looking fresh as a daisy, at JFK deplaning a JetBlue flight from LAX. 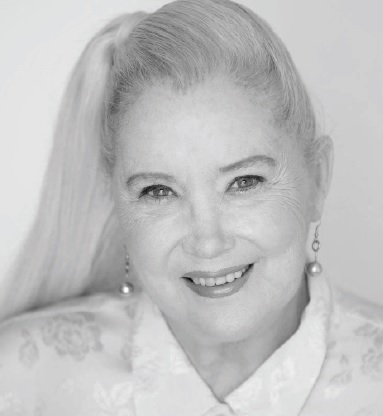