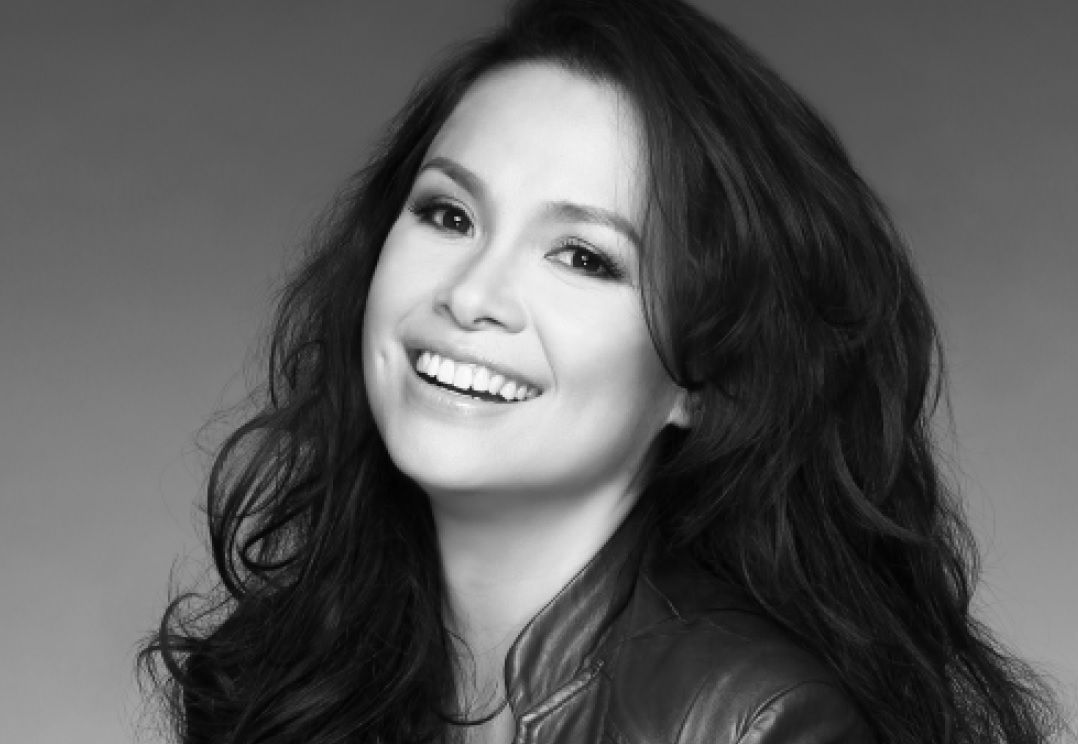 Tony Award® winner Lea Salonga is back on Broadway and we are excited.  Making her highly anticipated return this Fall, Ms. Salonga stars as Kei Kimura in the new musical Allegiance opposite George Takei and Telly Leung which begins previews at the Longacre Theatre on October 6th.  New York audiences were introduced to Lea’s one-of-a-kind talent in 1989 when she starred as Kim in the original Broadway production of Miss Saigon – a role that won her an Olivier, Tony, Drama Desk and Outer Critics Award. From there, Salonga tackled another musical classic, Les Miserables, playing the roles of both Eponine and Fantine in productions in the U.S. and London. And kids far and wide know her as the beautiful voice behind Mulan in the Disney-animated hit film. Back in New York and home on Broadway we welcome Lea On The Couch!

What do you consider to be your best asset?
Physical: My eyes. Whatever else: My brain. Especially when creating an original musical when there are so many changes that take place during the process. It's crazy but I love it. It's great being part of something like that.

What was your proudest moment?
Giving birth to my daughter.

What is your favorite drink?
Oh, I don't discriminate. I love a good glass of wine as well as a gin and tonic, a margarita or a mojito.

What is your favorite food?
I don't have a favorite food. I love Filipino, Japanese, Continental, traditional brunch fare, Italian, Chinese, Thai, Korean… and with equal fervor I'll enjoy Spam with fried eggs and hot rice.

What is your favorite condiment?
Soy sauce, vinegar, and fish sauce. They can flavor everything.

What is your current obsession?
Some of the music from Allegiance has launched me into obsessed mode. It's all really great stuff.

If you could give up one of your vices, what would it be?
I wouldn't. I don't smoke, don't drink a lot. I guess if I were to give anything up it would be video games. And why would I wanna give that up?!

What is the one professional accomplishment you long for most?
One day headlining at Madison Square Garden.

What is the one thing you waste too much money on?
Apps that I use for all of a day, then never touch again.

What is the one activity you waste too much time doing?
Games on my iPad, but lately with the work on the show, I've been too tired to do anything else.

What do you consider to be the single greatest threat to your health?
Anything that attacks my vocal cords or respiratory system.

What is the single best trait you inherited or learned from your parents?
From my dad, remaining cool under pressure and stress. From my mom, her big laugh. And being unafraid to just let it out.

What is the single worst trait you inherited or learned from your parents?
I don't know… I'd rather not think about it.

What in the world most thrills you?
An opening night!

What current trend in popular culture most irritates you?
Misspelling and short cuts when sending text messages. It happens a lot in the Philippines. Perhaps I'm just old school, but I appreciate it when someone takes the time to care for how they communicate and come across.

What is your favorite place in the world?
In bed sandwiched between my daughter and husband, wherever in the world we happen to be.

What is the most important trait you seek in a romantic partner?
The spirit of collaboration, emotional commitment and openness, generosity, and trustworthiness. And he should also be devastatingly handsome. Tee hee!

Do you prefer the company of dogs or cats?
Lately dogs, but I've had cats too and really enjoyed their company.

What would have to happen to make today the best day of your life?
What do you mean? It already is! But seriously it would only be better if my daughter and husband were here in New York with me right now.

What is your personal motto?
Laugh. Whatever happens, just laugh at it. Don't take life too seriously as today could be your last day on earth. Might as well enjoy it.