When you eat, as I do, anywhere between three and nine meals per day, dining can become a bit mundane.  But, once in a while, I attend a dinner and suddenly the simple act of sitting at a table and shoving food into my mouth feels as exciting as new as the “Love Boat” theme insists that love is.  On Thursday night, New York’s favorite design luminary and all around great guy David Rockwell hosted one such dinner in a chic, private room at the new Union Square Cafe (Rockwell and restaurateur Danny Meyer have a long association, dating back to the original “USC” site).  The crowd was theatrical, in every sense: Victoria Clark, Trip Cullman, Henry Edwards, Peter Marks, Daphne Rubin-Vega, Michael Urie, and guests-of-honor Joel Grey and Sheldon Harnick, with his wife Margie (who regaled us with dishy stories about working with Vivien Leigh and Jean-Pierre Aumont on Broadway in Tovarich). We were there for two reasons: first, to celebrate the new Yiddish production of Fiddler on the Roof which Joel directed and Sheldon lyricized and second, to kick off what Rockwell says will be a semi-regular series of salon-style dinners at Union Square Cafe.  In the immortal words of Eli Deutsch, I love my life!

I’ve been on my own modified version of Weight Watchers (modified in that I only track zero point foods, and then continue gaining weight), but I decided to throw caution to the wind and just eat whatever I wanted.  It was a divine experience from the bread to the wine.  In fact, the wine was so good that I had to cut myself off after my sixth glass, as I found myself trying to convince Vicky Clark to join me in a duet of “Let’s Walk” while parading around the main dining room.  For the record, she was thisclose to saying “yes.”

Rockwell made some remarks that had the Harnicks beaming and Grey kvelling.  Henry Edwards told me about his kidney transplants, courtesy of a group of outer borough Hasidim who toil in the internal organ trade. Daphne Rubin-Vega said doing “Rent: Live” was a hoot, despite that it wasn’t so live in the end.  Michael Urie raved about Rockwell’s redesign of the Helen Hayes Theatre, where he was, until recently, starring in Torch Song.  Peter Marks congratulated Trip Cullman on the raves for Choir Boy.  And I just soaked it all in.

Spotted Annette Bening high-fiving a waiter at Joe Allen, but I couldn’t figure out why.

Overheard Martha Plimpton discussing the fragility of various types of stemware at Bloomingdales.

Caught Mark McGrath walking down Central Park West with his shoes untied. “Mark, you look like you’re about to trip!”  “I haven’t done drugs in years, Scoop!” 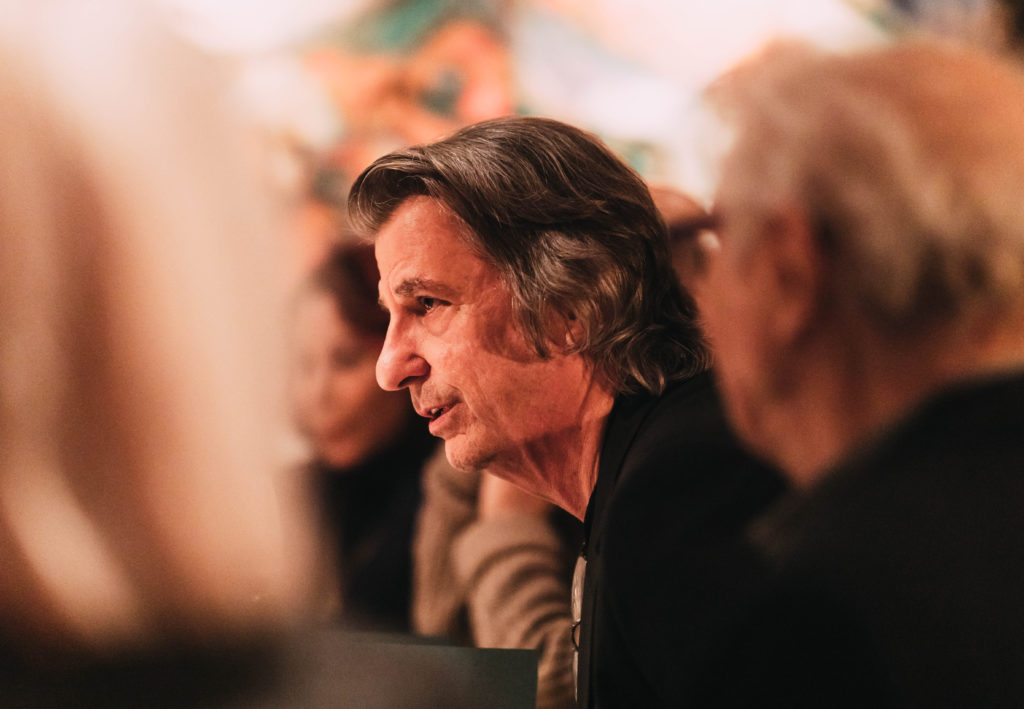